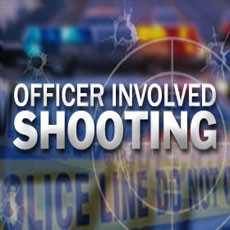 Preliminary information indicates that around 11:00 p.m., Tennessee Highway Patrol troopers stopped a vehicle traveling westbound on I-24 in Coffee County. At some point during that stop, the vehicle drove off. The driver – identified as Darren Larrell Jackson, 30, of Illinois – fired shots from his vehicle, striking a THP patrol car. Spike strips were put down to stop the suspect vehicle. Initial information from the scene indicates that when the vehicle did stop, the driver got out and fired a weapon, striking a THP trooper. Troopers returned fire, striking the subject. The trooper was transported to a Nashville hospital and the subject to a Chattanooga hospital, where each is being treated for injuries.

TBI agents are working to independently determine the series of events leading to the shooting, including collecting evidence and conducting interviews. Throughout the process, investigative findings will be shared with the District Attorney General for his further review and consideration. The TBI acts solely as fact-finders in its cases and does not determine whether the actions of an officer were justified in these types of matters. That decision rests with the District Attorney General requesting TBI’s involvement.

Interstate 24 westbound lanes between 114 and 117 were closed for a significant period of time overnight Thursday into Friday morning, Sept. 23.