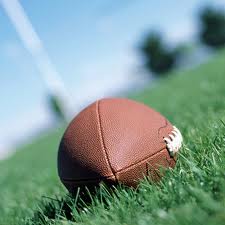 Opening day for the 2019 SMTYFA season had the Manchester Red Raiders hosting the Franklin County Rebels at Carden Jarrell Field.
In Division 1 action Avery Hodges and Karson Wimley had two touchdowns each and Davion Dycus added a score. All five extra points failed but the Division 1 Raiders cruised to a 30-0 victory.

In the Division 2 game Levi Scott ran for three scores and threw a touchdown pass to Treyvion Mathis and Michael Palmer added an extra point as the Division 2 Raiders bested the Rebels 26-0.

In the final game of the day the Division 3 Red Raiders started out by kicking off to the Franklin County Rebels and then enlisting a smothering defense causing a turnover on the opening possession followed by a touchdown run from Landen “Train” Abellana with the extra point being run in by Kaysen Lowery. After that it was all Raiders with a pick six by Abellana and a Lowery extra point. Mathew White scored and Gabriel Hambly ran for the extra point. Abellana had another interception for a touchdown and Jace Cashion scored the extra point. Cashion followed up with a touchdown run and Lowery threw the two point conversion to Tyler Martin. Isaiah Robledo scored with the extra point bring punched in by Gus Sherrill. Cashion scored again and Lowery ran in the extra point. Caiden Martin returned a fumble for a score and Gus Slone put in the extra point. The final play of the day was a pass from Lowery to Tyler Martin for six as the time expired as the Red Raiders defeated the Rebels 63-0.
The Manchester Red Raiders next game is Saturday August 24th on the road against the Shelbyville Golden Eagles at Shelbyville Central High School. Division 1 play begins at 10:00 am followed by Division 2 at 11:30 am and rounding out the day with Division 3 at 1:00 pm.