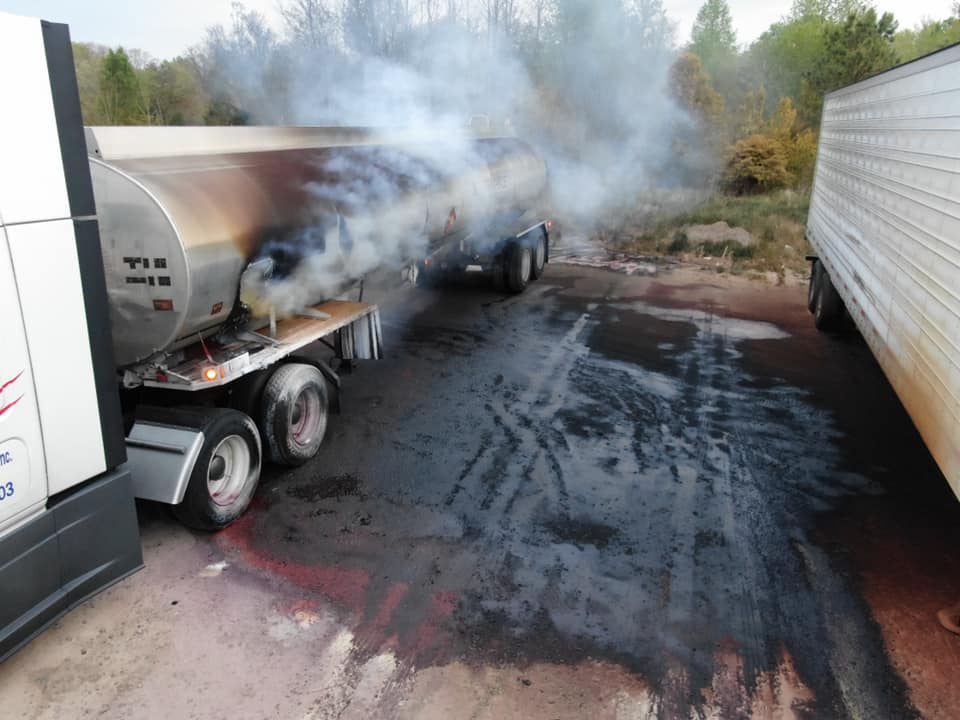 Over 15 area agencies responded to a potentially dangerous hazardous material spill on Monteagle mountain Friday morning – a spill that led to a “shelter in place” order by law enforcement that lasted approximately 4 hours.

A tanker being hauled by an 18-wheeler apparently ruptured and began spilling hazardous material onto the ground – a material later identified as Chlorobutane, which is highly flammable.

Multiple agencies were able to establish measures to mitigate damage and a clean-up contractor was called to the scene to ensure the materials was properly cleaned and the environment was returned to its natural state. No serious injuries were reported.

The rupture happened behind Shan Chinese Restaurant. What exactly caused the tank to rupture remains under investigation.