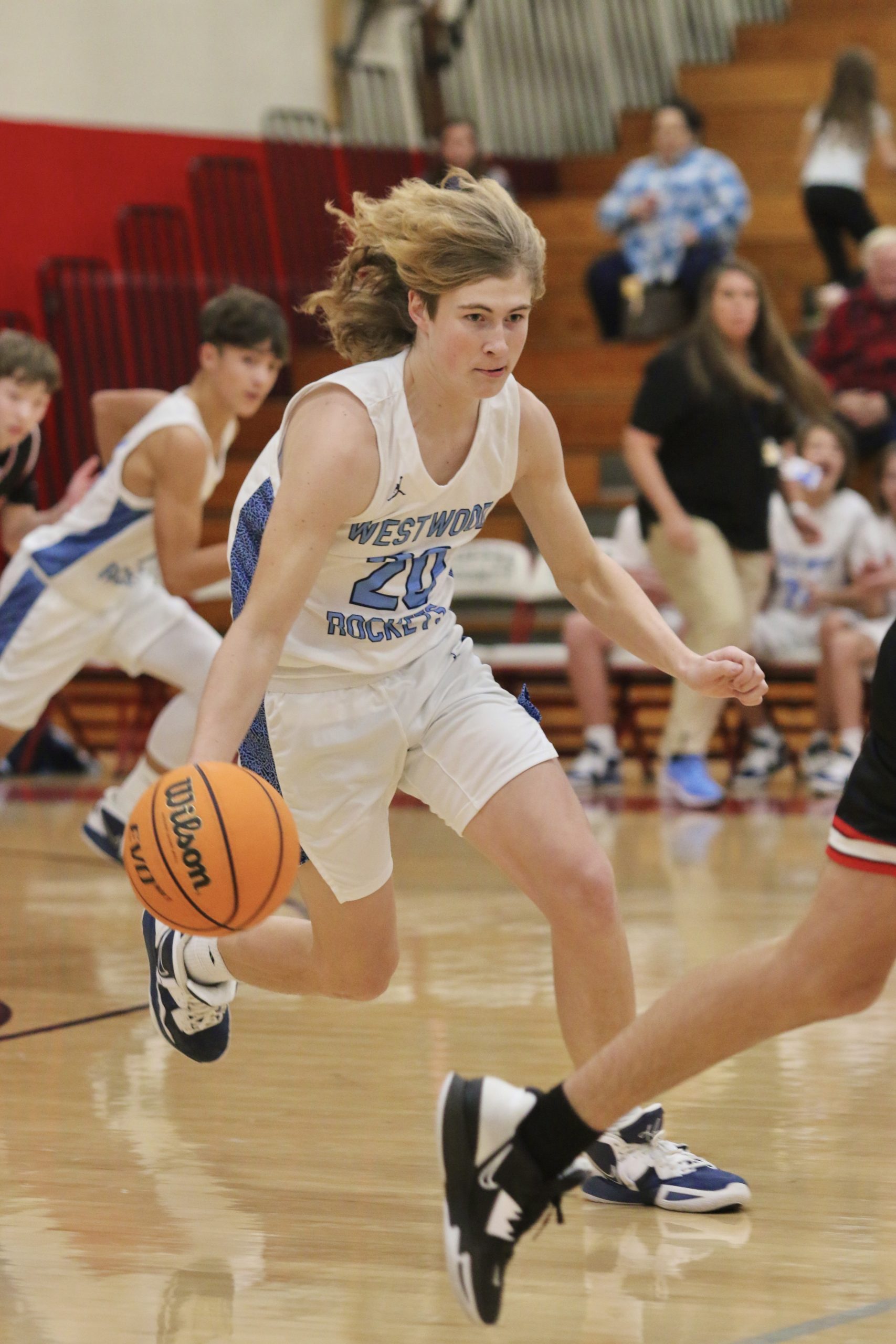 Coffee Middle led the whole way and looked to be in control over the final few minute.

But then the Rockets took off.

Westwood eighth grader Kaysen Lowery stepped up to the free-throw line with 10.8 seconds to play and his team down by 1. He sunk both free shots, Coffee County’s final shot attempt was off the mark and the Rockets left with a 33-32 win and the season sweep over Coffee Middle School.

Lowery’s free-throws completed a furious fourth quarter comeback for the Rockets, who trailed by 7 at one point. Zeke Jones nailed a pair of 3-pointers to help get the Rockets closer and Lowery hit 2 free throws at the one minute mark to get the Rockets to within one.

Prior to that, Coffee County had maintained control and kept the lead through the entire game. CMS led 14-11 at halftime and 22-17 after three quarters.

Poor free-throw shooting down the stretch for Coffee Middle was critical. The Raiders missed the front end of one-plus-one bonus twice and finished 6-of-14 overall at the stripe.

The Rockets weren’t much better, finishing 7-of-14 at the line, but they hit the two late that mattered.

The Raiders were led by 9 from Jett Trussler and 8 from Brody Sizemore. Jacob Mullen, Audie Nicoll and Marc Rollman all had 4 points.

The Rockets move to 5-4 overall with the win and snap a 2-game losing skid. The Raiders of Coffee Middle fall to 5-5.