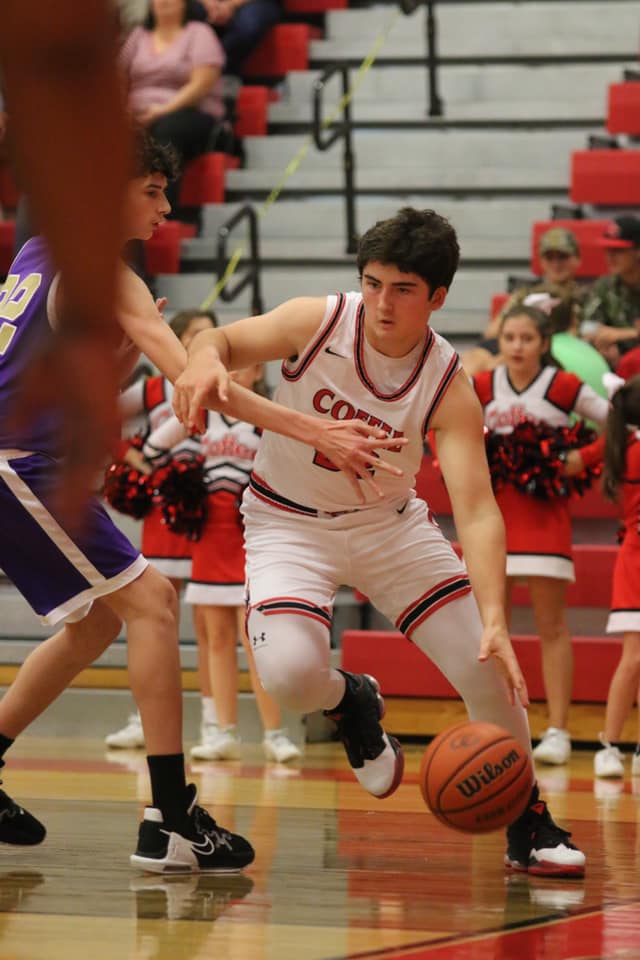 It’s hardly how Coffee County drew up the ending. But it worked out perfectly.

Trailing 36-35 with 8.7 seconds on the clock, the Raiders moved the ball across the floor and sixth grader Jaxon Pruitt fired off a long 3-pointer. Pruitt’s shot fell short, but right into the hands of post Audie Nicoll who laid it off the glass and in the bucket as the buzzer sounded to give the Red Raiders a thrilling 37-36 win over the Pioneers Monday afternoon in Manchester.

The ending capped a back and forth final period.

The Raiders trailed 29-24 to start the fourth but quickly came back to tie the game after Marc Rollman took a turnover the other way for a layup with 5:30 on the clock.

Coffee County took its first lead at 35-32 on back-to-back buckets from Jacob Mullen. The Pioneers answered on a layup from Dominick Robertson and two free throws from Luke Simpson to go back in front in the final seconds.

The Raiders were led by Rollman’s 15 points. Mullen finished with 6 and Brody Sizemore and Audie Nicoll each pitched in 5. Jett Trussler added 3, Jerrad Morgan 2 and Pruitt 1. Canaan Parris had 15 for the Pioneers.

Coffee County improves to 5-4 with the win and 4-2 in conference play. They will play Westwood Friday night at Central High School gymnasium. Girls tip at 6 with the boys to follow. Those games will be broadcast live on Thunder Radio.