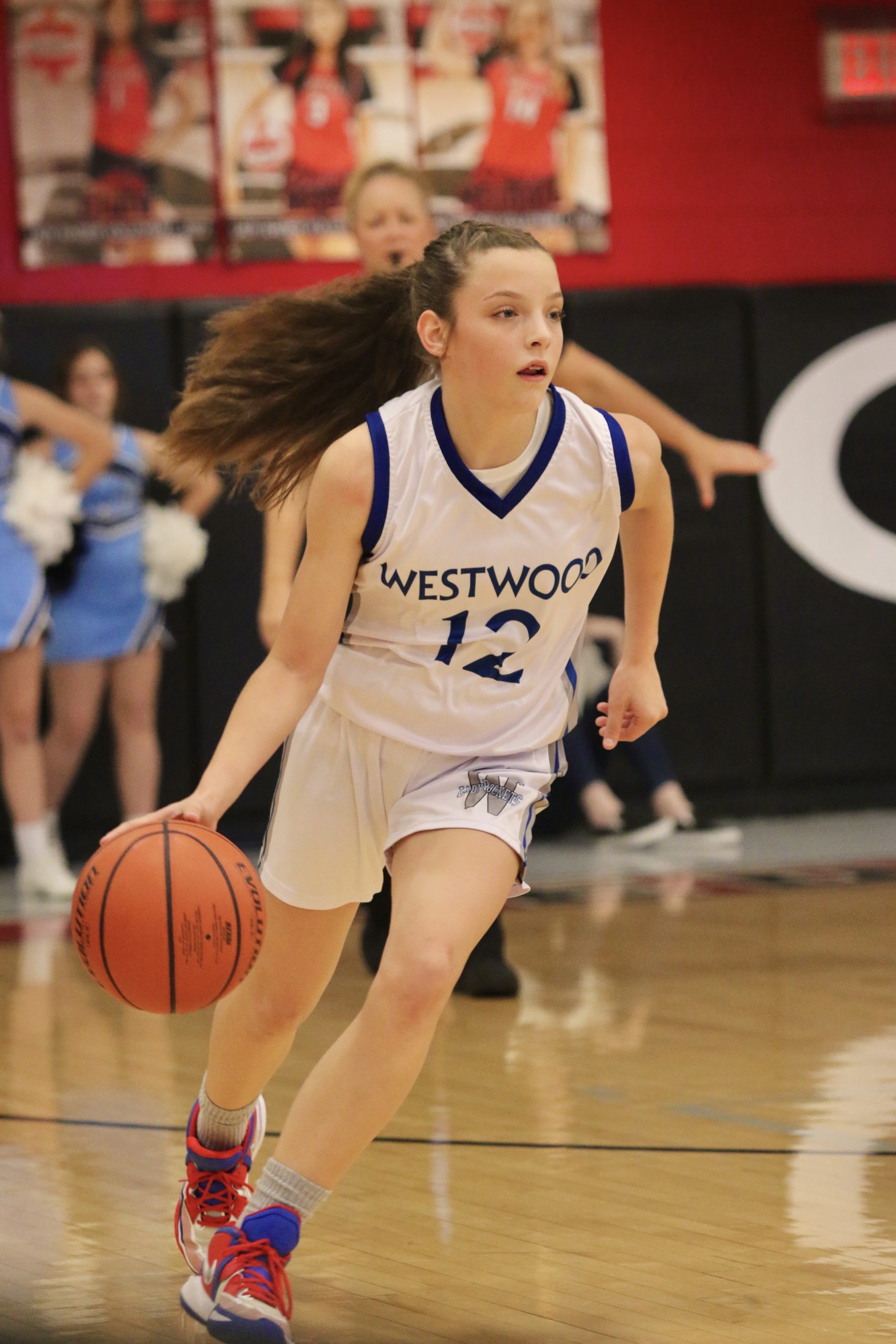 Just when it looked like Coffee Middle School had taken the lead and would get a season sweep of the Westwood Rockets, the unexpected happened.

Coffee Middle missed a shot in the final seconds with a 1-point lead. Lady Rocket Jules Ferrell snagged the rebound, raced to the other end of the floor and knifed her way to the basket with a left-handed layup at the buzzer to give the Westwood Lady Rockets the 38-37 win over CMS.

Ferrell’s game-winning bucket for the win was setup 50 seconds earlier when teammate Paisley Dyer knocked down a 10-foot jumper to pull the Lady Rockets to within one. It was Dyer’s only field goal of the night – certainly a big one.

Westwood had actually led throughout – holding a 11-7 lead after the first quarter and 26-21 at the half. But Lady Raider Jaydee Nogodula erased that with a deep 3-pointer to end the third quarter and give CMS its first lead of the game at 29-28 going into the fourth. Coffee Middle ended up in front by 3 but couldn’t pull away any further. The Lady Raiders struggled mightily at the free-throw line, turning in a 3-for-8 performance. Westwood was 6-of-10.

Westwood was led by Jules Ferrell with 16 points and Reece Finch added 13.

For the Lady Raiders it was Jaydee Nogodula and Lilly Matherne with 15 apiece. Nogodula hit on 5 3-pointers.

For Coffee Middle, it is the Lady Raiders’ second straight loss by 1 possession in the final seconds despite holding late leads. They lost to Warren County on Tuesday after being outscored 9-1 in the final four minutes.

The win for Westwood secures a season split between the two teams. The Lady Rockets finish up the week going 3-0 and improve to 8-1 overall.