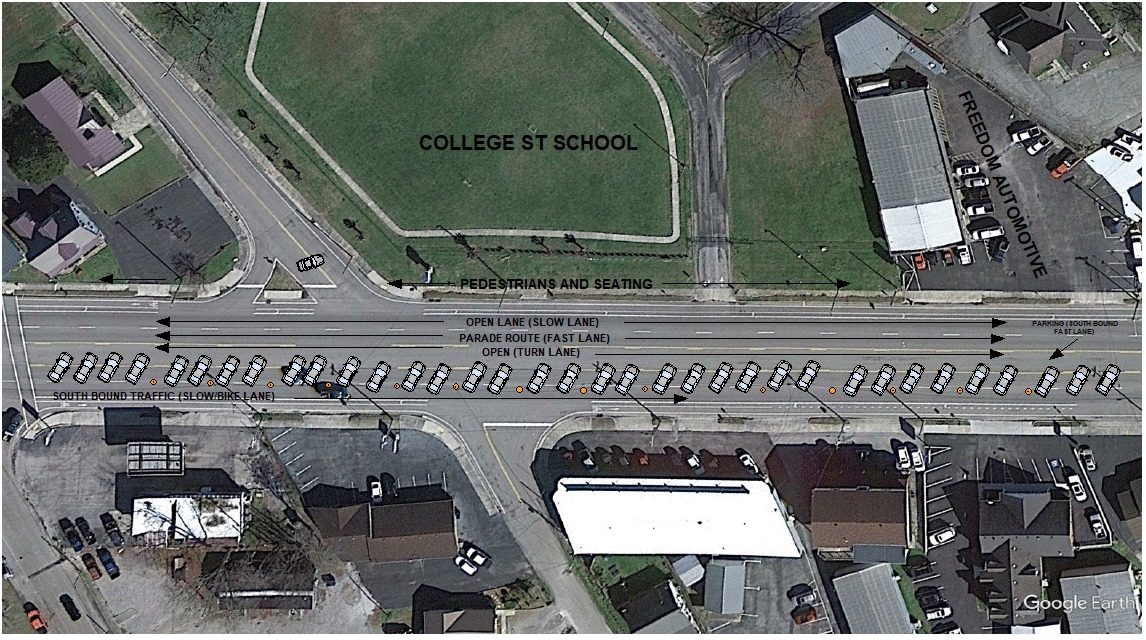 Manchester Police Department will be changing the parking along the parade route this year.

Please note that there will be no parking in the turn lane anywhere along the parade route. MPD will place traffic cones on the southbound lanes of Hwy. 41, separating the left and right lanes. MPD asks that you park in the left lane instead of the turning lane. MPD will separate both lanes with cones and leave the right lane/shoulder open for traffic traveling south.

The parade route will be the same, hopefully this will create a safer space between pedestrians and the parade vehicles. DO NOT leave your vehicle unattended on Hwy. 41 at any point. Vehicles left unattended before and/or after the parade may be towed at the owner’s expense. Thank you for your cooperation. Attached is a picture of an example of parking for the parade.

The Manchester Christmas Parade is scheduled for 11/26/22.