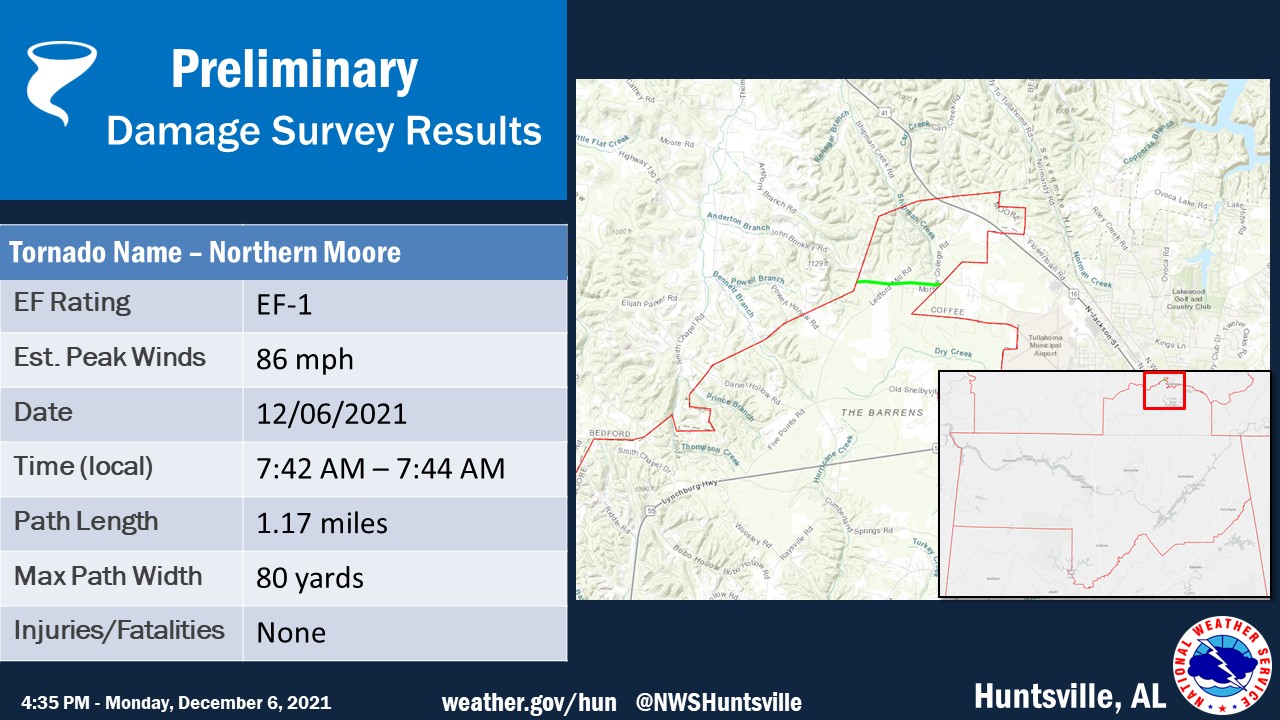 The National Weather Service office in Huntsville, Ala. has confirmed that a tornado did touch down in Moore County on Monday.

Severe weather hit the area Monday morning that resulted in some structure damage and multiple trees and limbs down in Tullahoma. The National Weather Service office in Huntsville survey team found that damage in Moore county was consistent with an EF-1 tornado.

However, damage in Bedford and Coffee counties is still being assessed by the NWS office in Nashville. If it is confirmed that damage was caused by a tornado, it could result in a longer ground track. NWS officials from Nashville were surveying damage in Tullahoma on Tuesday (Dec. 7). A report is expected to be released late Tuesday or early Wednesday.

The tornado in Moore County had estimated peak wind speeds of 86 miles per hour and was on the ground for 1.17 miles with a maximum path width of 80 yards. Again, it is possible that tornado also tracked into Coffee County. NWS Nashville is assessing that damage.

No injuries were reported from the storms. Tullahoma Utilities reported that about 2,500 people were without power at one point Monday morning as a result of the storms, in addition to approximately 1,100 Duck River Electric customers.