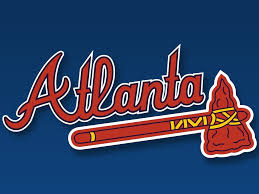 The Atlanta Braves are in the playoffs and as NL East Champions with the second best record in the National League, they will get to rest for the wild card round of the playoffs.

Game 1 of the Division Series is set for Tuesday, Oct. 11. The Braves play on Thunder Radio. Here are some Playoff FAQ’s from Braves Beat Writer Mark Bowman.

The question is whether there will be a roster spot for Marcell Ozuna, who was already looking like an odd man out before his DUI arrest on Aug. 19. Ehire Adrianza’s left quad has healed, so he could grab the infield spot that opened when Ozzie Albies suffered a right pinkie fracture on Sept. 17 that will sideline him until at least the NL Championship Series.

If Adrianza gets a spot, the question might be whether to carry Ozuna or Guillermo Heredia, who could at least provide value as a defensive replacement or pinch-runner. Carrying Ozuna seemed doubtful until he was placed in the lineup for the final two games of the key late-season series against the Mets.

There’s hope Spencer Strider’s oblique will be strong enough for him to be either a reliever or starter at some point during the NL Division Series. If Strider isn’t available, Jake Odorizzi may be used as a fourth starter. But if Strider is available to start, carrying Kyle Muller to serve as a matchup reliever might make more sense than giving Odorizzi a roster spot.

Who will be the opponent in the Braves’ first playoff series?

Now that the Braves have won the NL East, they secured the No. 2 seed, meaning they have home-field advantage during the NLDS. Their opponent will be the winner of a Wild Card Series between the Cardinals (who clinched the NL Central) and the Phillies.

How will the pitching rotation shape up?

With a week off between clinching the division and the start of the NLDS, Atlanta could reset its rotation and go with Fried, Strider, Wright and Morton if Strider is able to return from his oblique injury. There may not be a preference, but Wright and Strider could be flip-flopped depending on the opponent.