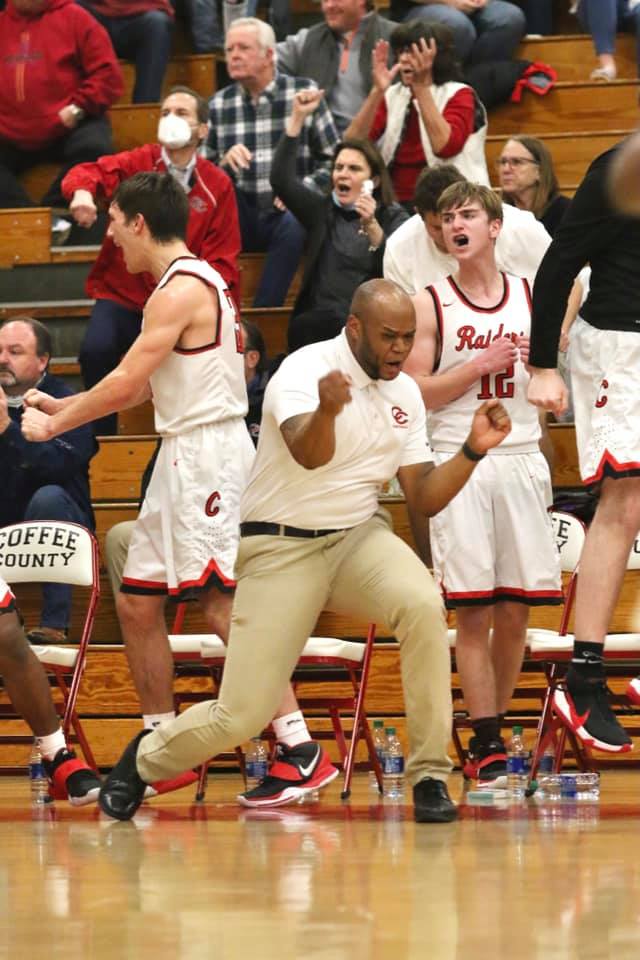 Williams just completed his sixth season at the helm of the Red Raider basketball program. He is expected to be named the head coach at Webb School in Bell Buckle, although that has yet to be officially confirmed by Webb officials. Williams has communicated his resignation with his Raider players.

Williams, a graduate of Coffee County Central High School and former standout player for the Raiders and ETSU Bucs, took over the Red Raider basketball program in 2015 in an opportunity he described as “a dream come true.”

Under Williams’ leadership, the Raiders instantly saw success that had not been experienced in any recent history. CHS won the District 8-AAA regular season title in back-to-back seasons. This year the Raiders finished second in the district, but went on to beat Riverdale in the quarter-finals of the Region 4-AAA tournament – an accomplishment not realized by the boys basketball program in over 30 years.

Williams’ final win as Red Raider head coach also happened to be his 100th career win as a head coach.

“We appreciate (Coach Williams’) dedication to our athletes. His energy and efforts have contributed greatly to the success of our program. Coach Williams has been an integral part of CHS basketball for a long time and we wish him continued success in the next chapter of his coaching career.”

This story will be updated with information as it is available.