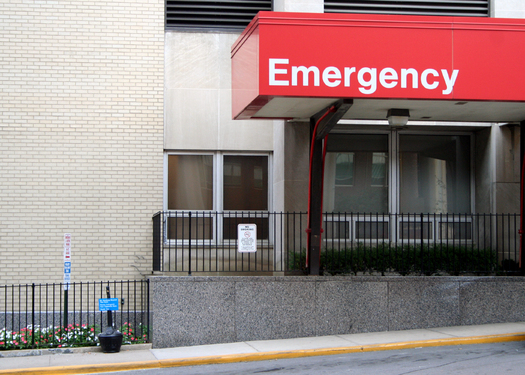 The United Church of Christ sent a present over the holidays to 2,950 families in Arkansas and Tennessee. People in those households have been opening letters that say their medical debt has been forgiven.

In the denomination’s latest debt buy, 20 churches of the UCC’s St. Louis-based Missouri Mid-South Conference have abolished $3.9 million in medical debt for families in 43 counties in Arkansas and 58 counties in Tennessee.

At a Jan. 10 news conference, local, regional and national church leaders will announce that the UCC’s latest debt-relief campaign raised $30,000. The gifts were sent to the New York-based nonprofit RIP Medical Debt, which bought up debt for pennies on the dollar.

“I am so proud of the people of the Missouri Mid-South Conference,” said the Rev. Mary Nelson, transitional leader of the regional body. “This is the second time in three years that we have held a major campaign to address the issue of medical debt relief, and we exceeded our goal.”

Contributions totaling $30,000 came from 19 Missouri congregations, one in Tennessee and a national UCC ministry, United Church Funds. The donors are listed here.

In Tennessee, the five counties with the highest amount of debt abolished were:

In Arkansas, the four counties with the highest amount of debt abolished were:

This is the ninth time the UCC has teamed up with RIP Medical Debt. Each time, they have used specific criteria. Qualifying debtors were those earning less than two times the federal poverty level; in financial hardship, with out-of-pocket expenses that are 5 percent or more of their annual income; or facing insolvency, with debts greater than assets.

In a little more than two years, the United Church of Christ, collaboratively, has wiped out more than $75 million in medical debt — touching families in every region of the country in which it serves. The denomination, now RIP’s biggest faith-based donor, still has a few buys pending before it ends its national initiative in early 2022. The total debt forgiven is expected to top $100 million.