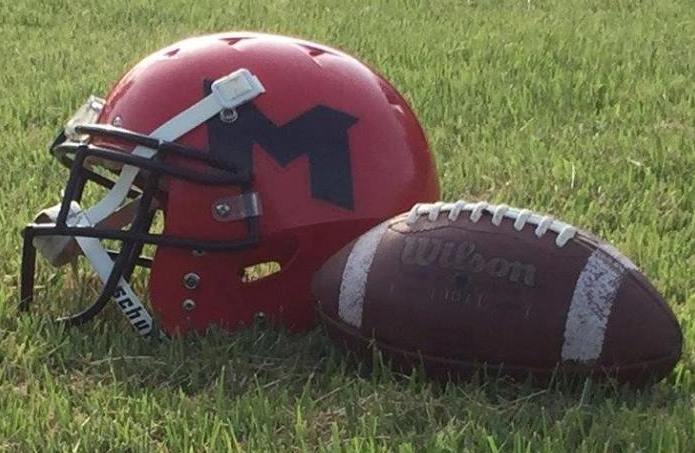 The SMTYFA Manchester Red Raiders hosted the Warren County Pioneers on Saturday.
Division 1 (5-6-7 year olds) were dominant once again on offense and defense.
Avery Hodges rushed for a score followed by a Hayes Shemwell 2 point conversion. Kaleb (Boogie) Morris had 4 touchdown runs and an extra point conversion. Karson (Pluto) Wimley ran for a touchdown and Davion Dycus added the extra point. Mac Chappin and Carter Childress also ran for touchdowns followed by extra points from Shemwell and Morris respectively.
The defense pitched another shutout and the Division 1 Red Raiders remain undefeated at the midpoint of the season with a record of 4-0. Final score:  Manchester 54 Warren County 0.

In Division 2 (8-9 year olds).
The Raiders were led by Levi Scott and Treyvion Mathis. Scott had 2 kickoff returns for touchdowns and 2 rushing touchdowns. Mathis ran for 3 touchdowns. The defense allowed 2 scores which was not enough as the Raiders, now 3-1, defeated the Pioneers. Final score: Manchester 42 Warren County 12.

In Division 3 (10-12 year olds) The Red Raiders dominated early in a game that was shortened due to lightning and the decision by the Warren County coach to not resume the game.  Caiden Martin had 3 touchdowns, 2 rushing and a Pick Six. Tyler Martin caught a two point conversion pass from Kaysen Lowery and the Raiders continue the season undefeated at 4-0.
Final score: Manchester 20 Warren County 0.

The MYFL Red Raiders continue the SMTYFA season on the road against the Fayetteville City Tigers next Saturday September 21st at 2:00 pm in Fayetteville.

The TCYFL Red Raiders opened their season at Gordonsville on Saturday.
In Flag football (4-7 year olds)
Two games are played at the same time but only the A team scores count for the record.
In A group action Tripp Trussler scored on a 40 yard pass from Walker Lovelace. Lovelace also scored on a 30 yard sweep. Kyson Norris has an interception and Bentley Vaughn registered 2 sacks.
In B group action Ethan Proctor ran for 2 touchdowns and Tory Bates Jr made 4 touchdown saving flag pulls. The Raiders came up a bit short losing to Gordonsville.  Final Score : Manchester 12 Gordonsville 26

In Jr league play (8-9 year olds) AJ Whitman was the only player with significant yardage but Manchester was unable to score and fell to Gordonsville 12-0.

In the Sr division (10-12 year olds). Kaden Jones and Isaiah Deadman both scored with touchdown runs. Unfortunately, Gordonsville was the better team on this evening and handed the Raiders a 42-12 loss.

All three TCYFL teams will host their first ever home games next Saturday September 21st at 2:00 pm at Carden-Jarrell field against Trousdale County.