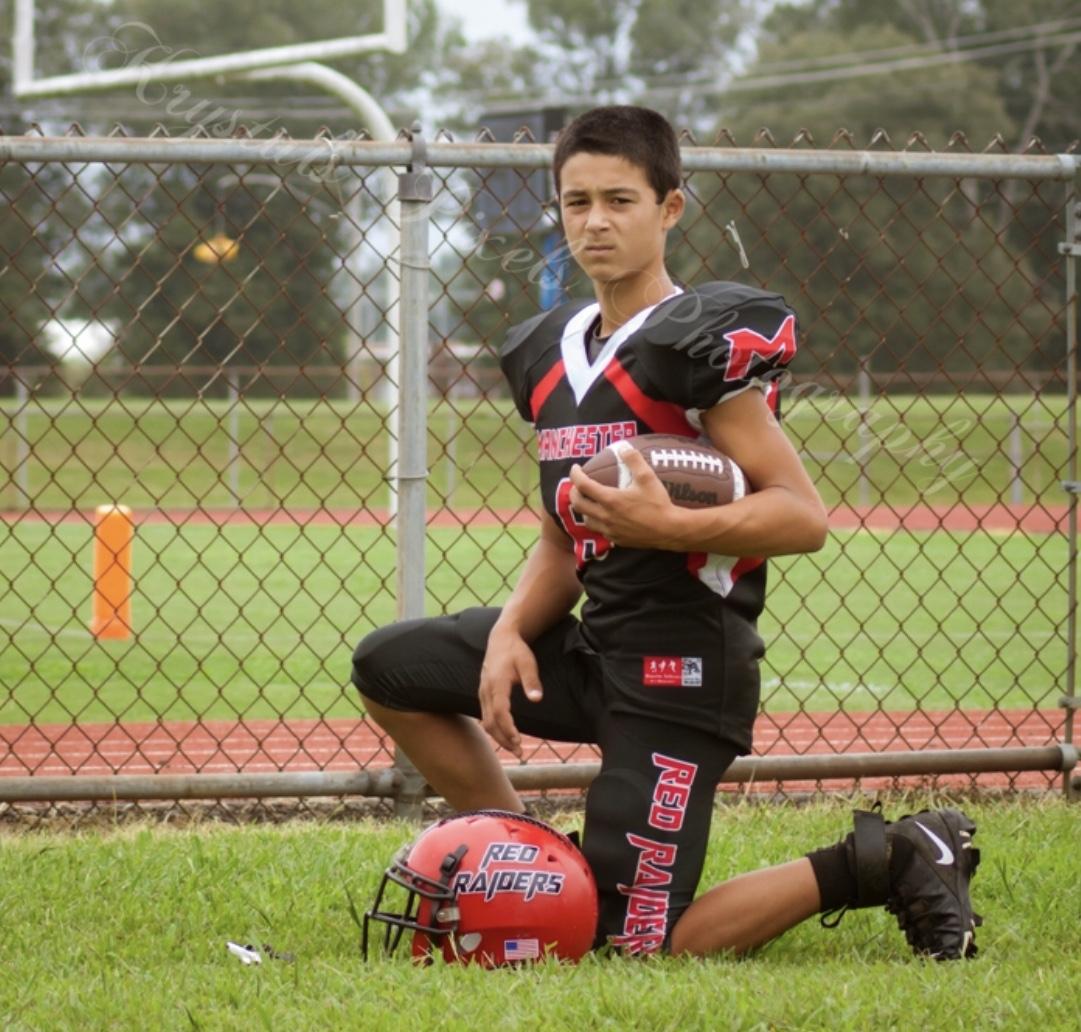 MYFL returned to action on Saturday with 3 games on the road and three games at Carden-Jarrell.
The Manchester Red Raiders of SMTYFA traveled to Fayetteville to battle the Fayetteville City Tigers. The Division 1 (5-6-7) year olds took an undefeated team, which has also not given up a point all season, into Fayetteville to face the Tigers who were also undefeated, to contend for sole possession of first place. The Tigers had no answer for the Raiders dominating offense and defense. Avery Hodges lead the scoring with two touchdowns. Karson Wimley and Hayes Shemwell added a touchdown each. Shemwell caught a pass for a two point conversion and also added two extra point runs. Davion Dycus contributed an extra point. The Raiders, now 4-0 and alone in first place with still no points allowed, took the victory over the Tigers. – Manchester 28 Fayetteville City 0.
In Division 2 (8-9) year olds. The Raiders took their potent offense and defense to the Tigers with the same results. Levi Scott ran for three touchdowns and Treyvion Mathis added a scoring run. Easton Hinson ran for an extra point and his brother Cooper made an amazing grab on a two point conversion. The Raiders now 3-1 and in 2nd place, posted another win. – Manchester 28 Fayetteville City 0.
The Division 3 ( 10-12 ) year olds went to Fayetteville one point behind the Tigers in points allowed with the number one ranking on the line. However, five touchdown runs later by Caiden Martin and a two point conversion by Tyler Martin and three extra point runs from Landen Abellana lifted teh Raiders to the win. The Raiders, with a convincing win are now in first place by themselves. – Manchester 35 Fayetteville City 7.
The SMTYFA Manchester Red Raiders have a bye on September 28th and will resume action at home at Carden-Jarrell on October 5th with Division 1 play beginning at 2:00 pm against Giles County.