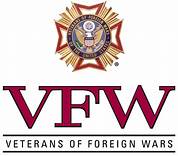 The VFW All-American Post Award goes to top-performing VFW Posts globally to recognize those Posts achieving the highest standards. These include providing support for veterans, their families, and the communities they serve. They are considered the very “best of the best”. There are approximately 5,900 VFW Posts worldwide, and 89 Posts in Tennessee.

The public is invited to help celebrate this hallmark achievement on August 13 from 10 am to 4 pm.  An “All-American Celebration” will be held at the Coffee County Veterans Building, 130 Shelton Road in Manchester. This will be an open house event with food, fun, music and more. Details to follow.

VFW 10904 Post Commander, retired Navy Chief Kimberly King, announced the award to Post members, adding, “this year (VFW) National set the bar very high for the All-American award and you all did an excellent job. This past fiscal year, our Post won the VFW National Award of Merit; the Department of Tennessee Community Service Award; the VFW Department of Tennessee All-State Award (5th year); and now the VFW National All-American award (4th year).”

For more information and to stay current on the latest local VFW news, visit our Facebook page and website at www.vfwpost10904.com