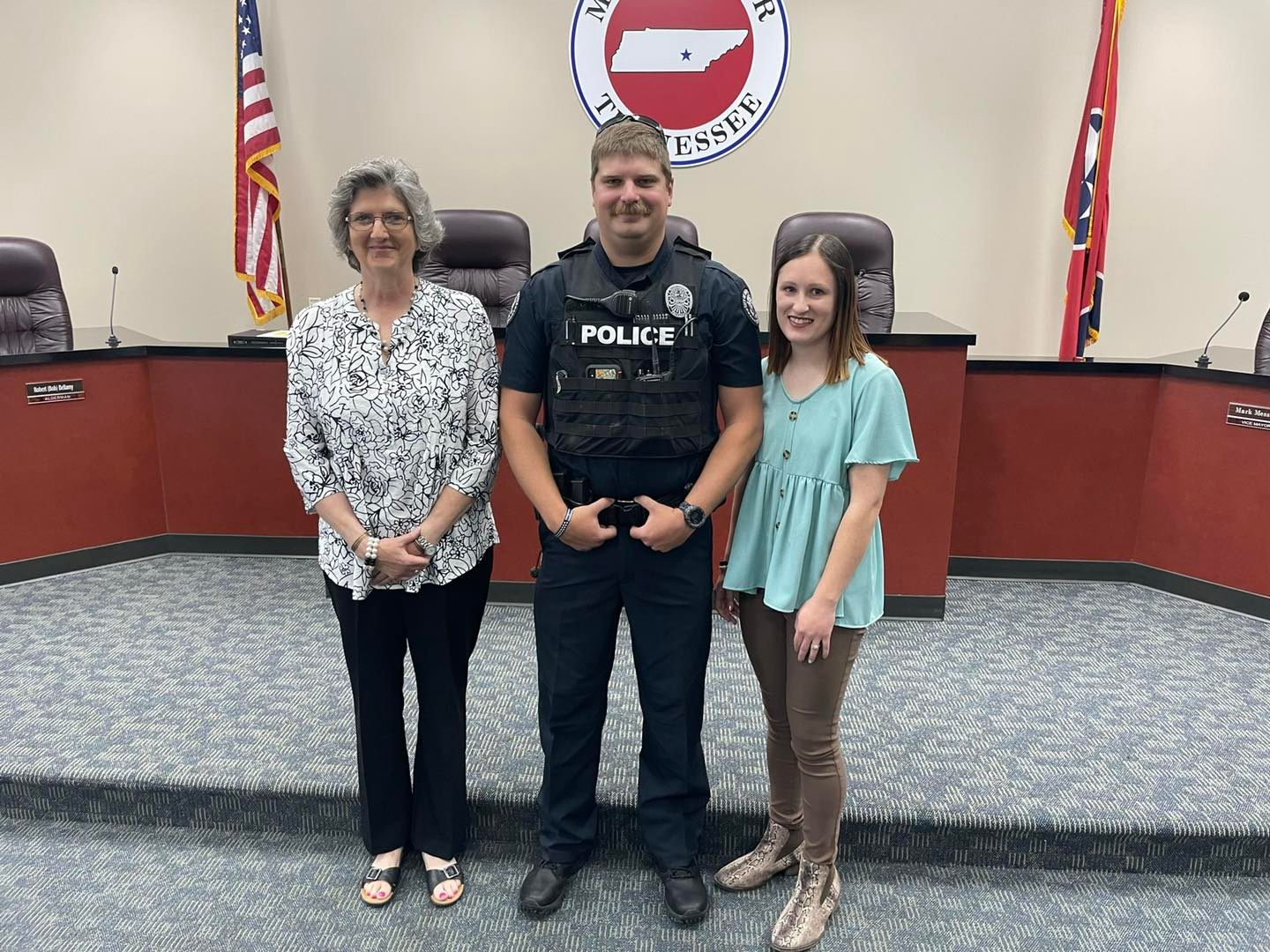 Manchester Police Department has announced that it has added a new member to the team – officer Justin Gault was recently sworn-in by Manchester Mayor Marilyn Howard.

Gault transferred to the police department from the Manchester Fire Department.

Gault follows in the footsteps of his father, Ronnie Gault, who served previously as Coffee County Sheriff from 1994-1998.