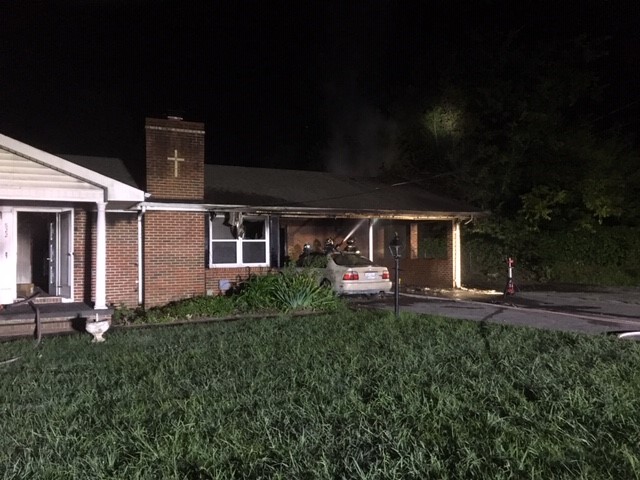 This home was damaged by fire in the early morning hours of Friday, July 26. (Photo provided)

According to Fire Chief George Chambers, crews responded at approximately 1 a.m. Friday and were confronted with heavy smoke and flames coming from the garage and roof area of the home.

“Crews made an aggressive exterior attack on the fire and brought it under control quickly,” Chambers said in an email statement. “When additional personnel arrived on scene, crews continued firefighting actions to get to the seat of the fire in the roof area above the laundry room and garage area.”

There was nobody home at the time of the fire and no injuries were reported.