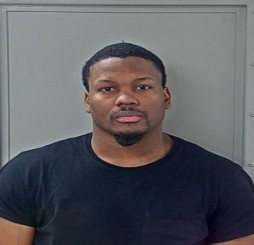 The Murfreesboro Police Department has announced the arrest of a man they are calling the “Mule Kick Burglar.” They say he is allegedly responsible for at least 59 burglaries and break-ins in several Middle Tennessee communities, including Coffee County.

Robert Shegog, age 35, of Murfreesboro, was stopped during a routine traffic stop in Rutherford County on Jan. 27 and charged with possession of drugs. This stop led to Shegog being identified as a suspect in a rash of business burglaries dating back to September of 2019. Shegog was interviewed and arrested Friday, Feb. 21 for multiple counts of burglary, theft and vandalism.

He is accused of stealing more than $100,000 in cash from businesses in 11 cities throughout Middle Tennessee.