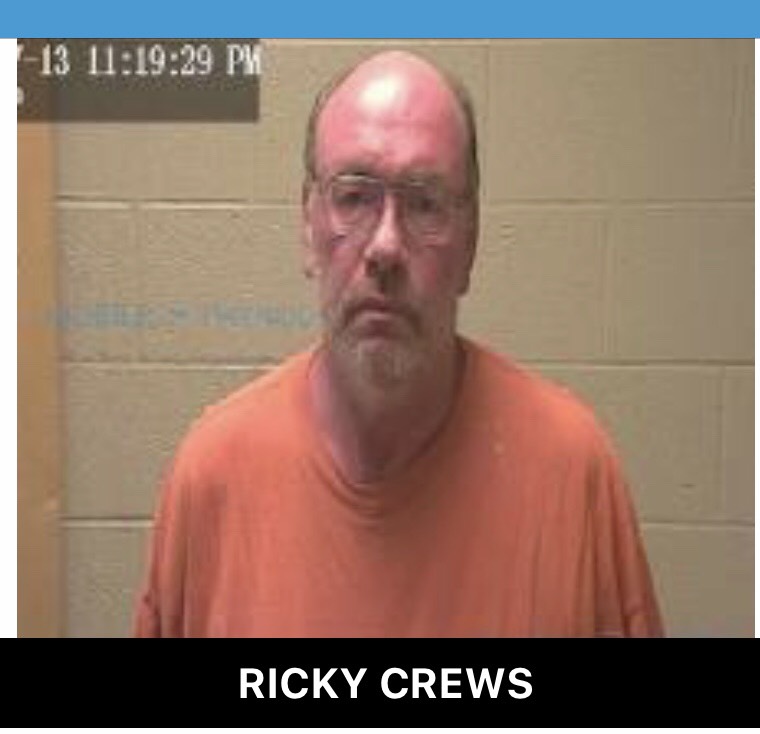 A Manchester man sustained life-threatening injuries and a Gallatin man is facing charges of attempted first-degree murder and carjacking after an incident Saturday afternoon that began at Foothills Crafts on Woodbury Highway.

According to a police report on file by the Manchester Police Department, Norman Vetter was leaving Foothills Crafts at approximately 4:40 p.m. Saturday when he encountered Ricky Guy Crews, age 48, of Gallatin sitting on the bench outside. Crews followed Vetter to his vehicle and asked for a ride. After making it about a half mile down Maple Springs Rd., Crews told Vetter to pull over, drew a knife and demanded a ride to Nashville. Vetter explained that his wife was expecting him and drove back to Foothills Crafts. Upon arriving at Foothills, Crews pulled his knife again and demanded a ride to Murfreesboro. Vetter explained that he could not drive him because his wife was expecting him. At that time, Crews allegedly stabbed Vetter in the neck. Mr. Vetter was able to gain control of the knife during a struggle, open the door of the vehicle and throw the knife under the vehicle. He then walked to Los 3 Amigos for help.

When police arrived on the scene at Los 3 Amigos, they described Vetter as sitting against  the wall, holding his neck with blood-soaked clothes.

While speaking with the victim, police located the suspect walking behind Foothills Crafts near a tree line. As police approached the suspect, later identified as Crews, he attempted to hide behind trees. MPD Officer Benjamin Sneed then unholstered his firearm and gave commands, at which point Crews complied.

Crews was also charged with unlawful possession fo drug paraphernalia. He is being held in the Coffee County Jail on $111,500 bond.