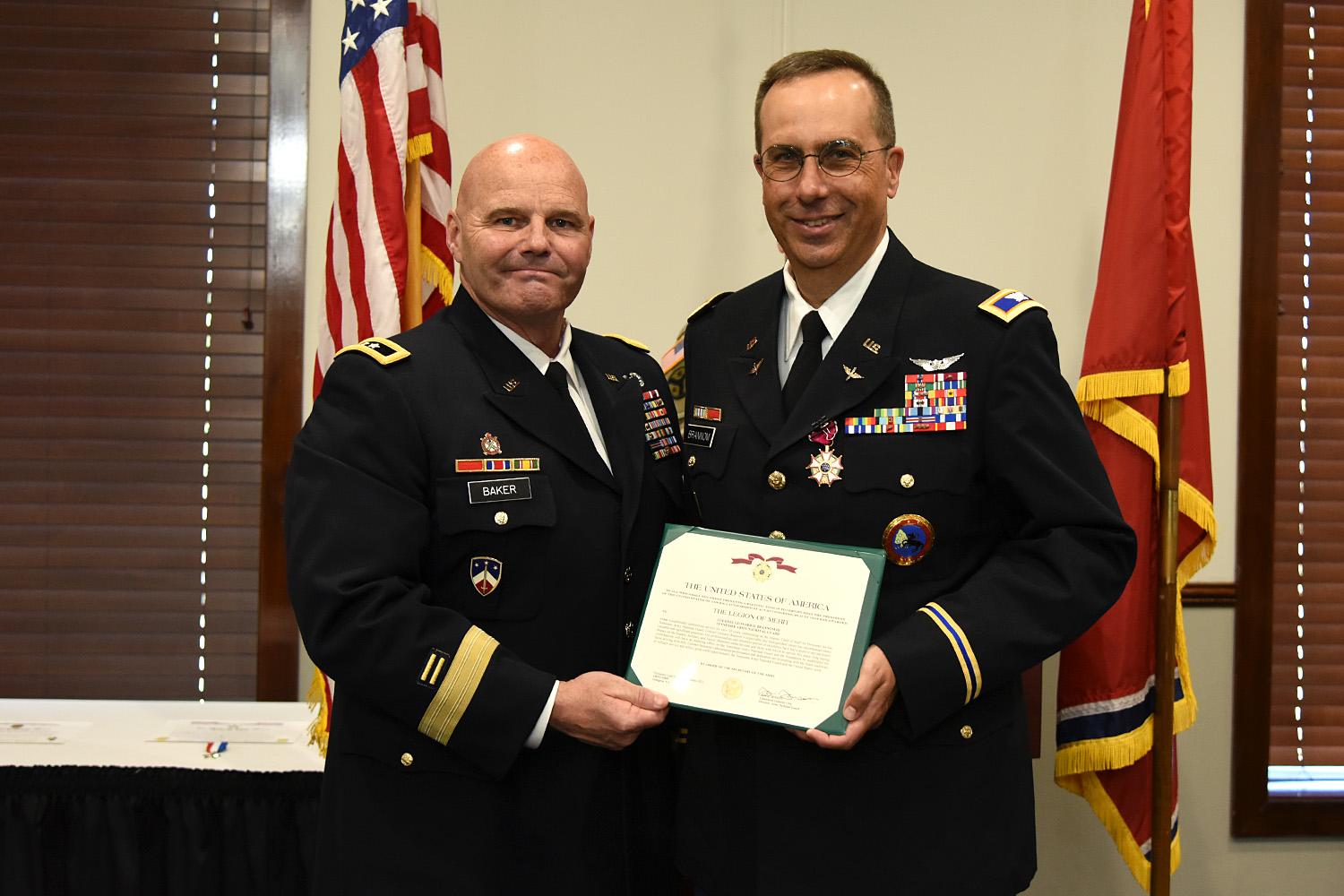 After more than 30 years of service in the Tennessee National Guard, Col. Leonard “Trey” Brannom, a long-time Tullahoma and Murfreesboro resident, retired on May 6.

Brannom, who was the Deputy Chief of Staff for Personnel where he was responsible for the personnel management of over 10,000 Tennessee National Guardsman, began his career in 1991 as an AH-1 Cobra Helicopter Pilot. Also piloting the UH-1 Huey and UH-60 Blackhawk, he flew more than 1,100 hours in the early part of his career.

In 1997, Brannom deployed to Bosnia as a helicopter pilot and then to Eastern Europe in 2000 as a commander of a Medical Evacuation Helicopter Company. During the Global War on Terror, he deployed twice to Afghanistan, first as an instructor at Kabul’s Counterinsurgency Academy and then as the Executive Officer of the 1-107th Airfield Operations Battalion. During that deployment, he served as the Airfield Commander for Afghanistan’s fourth busiest airfield.

In 2018, he was selected as the Vice Chair of the Military Personnel Advisory Council, a position where he helped shape national policy within the National Guard. From 2019 to 2021 he served as the Council’s National Chair.

“All my time in the National Guard has been an absolute blessing,” said Brannom. “I will miss putting on the uniform every day but I do have a lot I want to do starting tomorrow.”

“Colonel Brannom is a beloved figure in our organization,” said Maj. Gen. Jeff Holmes, Tennessee’s Adjutant General. “His Soldiers love him and he has always been an incredible ambassador to the communities where he lives and works. I do not expect that to stop as he begins the next chapter of his life. No matter what he chooses to do, he will be a success and I wish him the best.”

The Tennessee National Guard held a retirement ceremony in honor of Brannom at Smyrna’s Town Center on May 6.