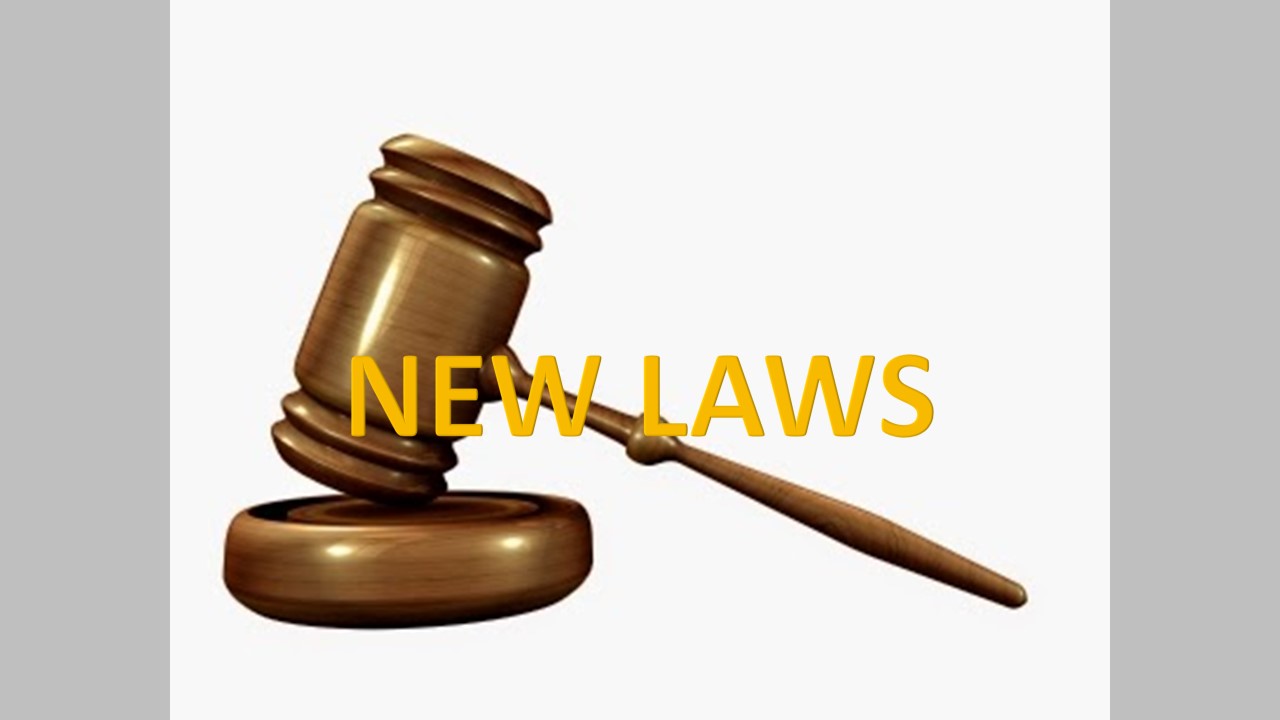 As July 1, 2022 approaches, that means a laundry list of new laws hitting the books here in Tennessee.

Below is a list of some new laws that take effect beginning July 1, 2022.

HB 0210: Local school systems now have to post curriculum and curriculum changes at the beginning of each semester.

HB 0215: Establishes the “Stopping Addiction and Fostering Excellence (SAFE) Act, which revises and enacts various provisions for alcohol and drug services in the state — including preventing treatment facilities from entering into agreements with a third party that includes incentives to reduce or limit services outside the “best clinical interest” of the patient. It also requires the state to establish and maintain a list of organizations with nationally recognized recovery residence standards on the Department of Mental Health’s website.

HB 0978: expands existing laws to make it a felony to camp on any public property, as well as making it a misdemeanor to camp along a controlled-access highway.

HB 1018: Requires the Tennessee Department of Safety to do a criminal background check every four years after someone gets a concealed carry permit, charging $50 to renew the permit and denying concealed carry permit renewals to anyone found prohibited from purchasing or possessing a gun.

HB 1916: State agencies can’t require a bachelor’s degree as a condition to hire someone unless the required skills for the position can only be reasonably obtained in pursuit of the degree.

HB 2657: As enacted, enacts the “Transparency In Sentencing For Victims Act,” which requires courts to place on record the estimated number of years and months a defendant will serve in prison before becoming eligible for release.

HB 2783: Through July 1, 2025, if you retire from a school, you can come back as a teacher, substitute, bus driver, etc. without the loss or suspension of retirement benefits so long as certain conditions are met.

SB 0136: Establishes the CROWN Act, which prevents employers from discriminating against people with certain hairstyles, including braids, locs, and twists or other styles that are part of the cultural identification of an employee’s ethnic group. It was amended to allow public safety employees to regulate hairstyles if the style would prevent the employee from performing essential functions, as well as allow regulations that comply with federal and state health and safety laws.

HB 2143: Establishes a new funding formula for schools in the state — the Tennessee Investment in Student Achievement Act (TISA) beginning in the 2023-24 school year.

SB 0882: Requires DUI offenders to install ignition interlock devices to their vehicles, which require drivers to provide clean breath samples to start their vehicle, as a condition of bail if the court determines it to be in the best interest of justice and public safety.

SB 1667: Authorizes the creation of 23 new Tennessee license plate designs, including ones for Save Our Smokies, The Muse, and the Isaiah 117 House

SB 1670: Every school district employee that works with kids, not just teachers, must get the human trafficking training.

SB 2042: Prevents employers from paying employees less than minimum wage, even if their earning or productive capacity is impaired by age, a physical or mental deficiency, or injury.

SB 2107: Wakeboarding and wakesurfing in public waters is now regulated, adding various restrictions such as not allowing nighttime activities, setting minimum distances from docks and shores, and requiring participants to wear lifevests.

SB 2348: Allows the state Department of Transportation to spend money collected from barrel taxes on beer and bottle taxes on soft drinks to be used for roadway and waterway litter cleanup.

SB 2512: The max fine for not stopping for a school bus based solely on camera evidence is increased to $200 instead of $50.

SB 2592: Driver’s licenses issued to people convicted of human trafficking have a special designation that allows law enforcement officers to identify them

SB 2748: Redefines child welfare and abuse laws to include protections for emotional and mental health in childcare settings, making it a felony for a person or entity to operate a child care agency after having their license suspended.

SB 2769: Prohibits corrections officers from restraining a prisoner or detainee that is known to be pregnant, except under an “extraordinary circumstance” that requires restraints for the safety and security of the person, staff, or other detainees. Such situations would still prevent officers from using leg or waist restraints on a prisoner that is in labor, and restraints would need to be applied in the least restrictive manner possible.

SB 2852: As enacted, requires a utility system, upon request or application for a connection of utility service by a customer, to promptly provide the customer the connection cost.

HB 1895: Allows the state to withhold money from schools if they don’t use a student’s sex at the time of birth for sports participation.