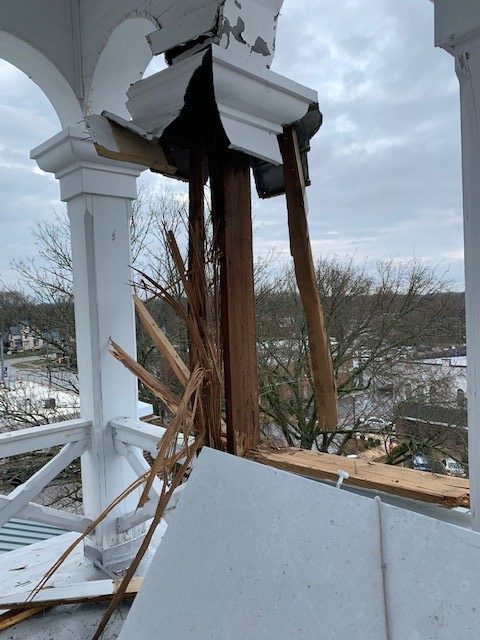 A quick storm blew through the area at approximately 3:30 p.m. Wednesday, dropping heavy rain and a lightning bolt that apparently struck the steeple area on top of the Coffee County Courthouse in downtown Manchester.

According to Manchester Fire Department chief George Chambers, crews responded to the area to find the middle post facing the north side of the square had apparently been struck by lightning. Fire and Rescue crews checked the building for water leaks, electrical issues and any interior damage – none was found. Chambers reported most damage appeared to be on the outside of the building. Chambers reported that a vehicle parked near the building may have received minor damage.