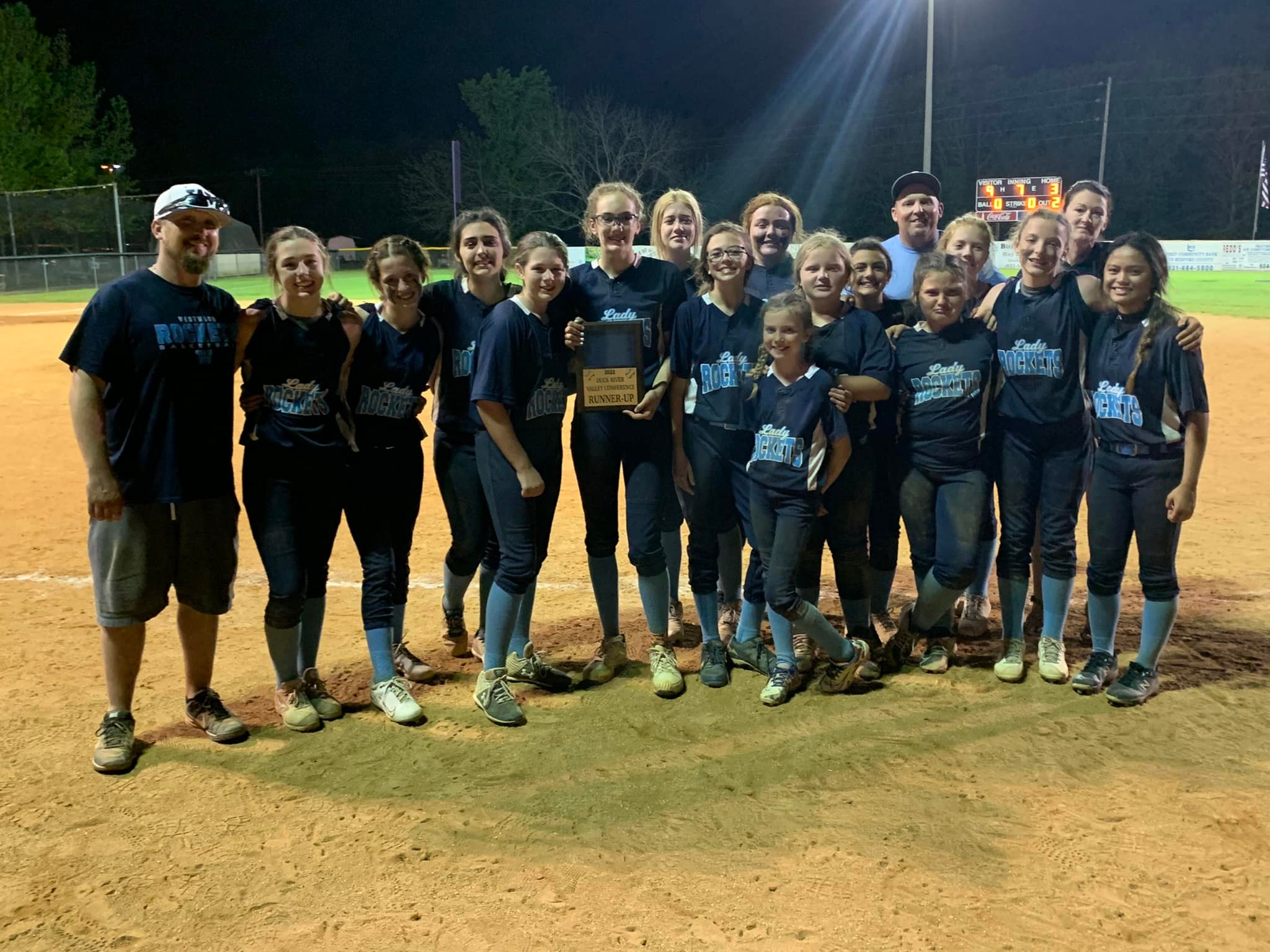 Westwood Lady Rocket softball team fought all the way to the DRVC Championship game before eventually falling to Community.

Coming out of the loser’s bracket, Westwood forced a second game against Community before losing to end the run with a second place finish.

Westwood had to pull some nice wins to reach the title game, including a 14-7 win over Moore County.

In the win over Moore County, Jules Ferrell set the tone with a pair of doubles, a triple, single and four runs scored. Audri Patton and Lily Norman took advantage of Ferrell on base. Patton singled and tripled to pick up two RBI, she also scored twice. Meanwhile, Norman was 4-for-4 with 4 RBI and 3 runs scored.

After a devastating late-inning loss to Huntland to open the DRVC baseball tournament in Manchester, Westwood bounced back to completely shut down Fayetteville City 6-0 Saturday afternoon in Manchester. The Rocket pitching staff combined to one-hit the Tigers.

Kaysen Lowery nearly finished a complete-game shutout. Lowery allowed 1 hit over 6 2/3 innings and struck out 9 batters. Isiah Deadman got the final out on the mound.

Westwood busted a 0-0 tie with a big 4-run third and tacked on single runs in the fourth and fifth innings.

Ethan McKenzie and Keller Hatfield each knocked in a pair of runs at the plate. Hatfield had two hits, including a triple. Carter Bell doubled in a run for the Rockets.