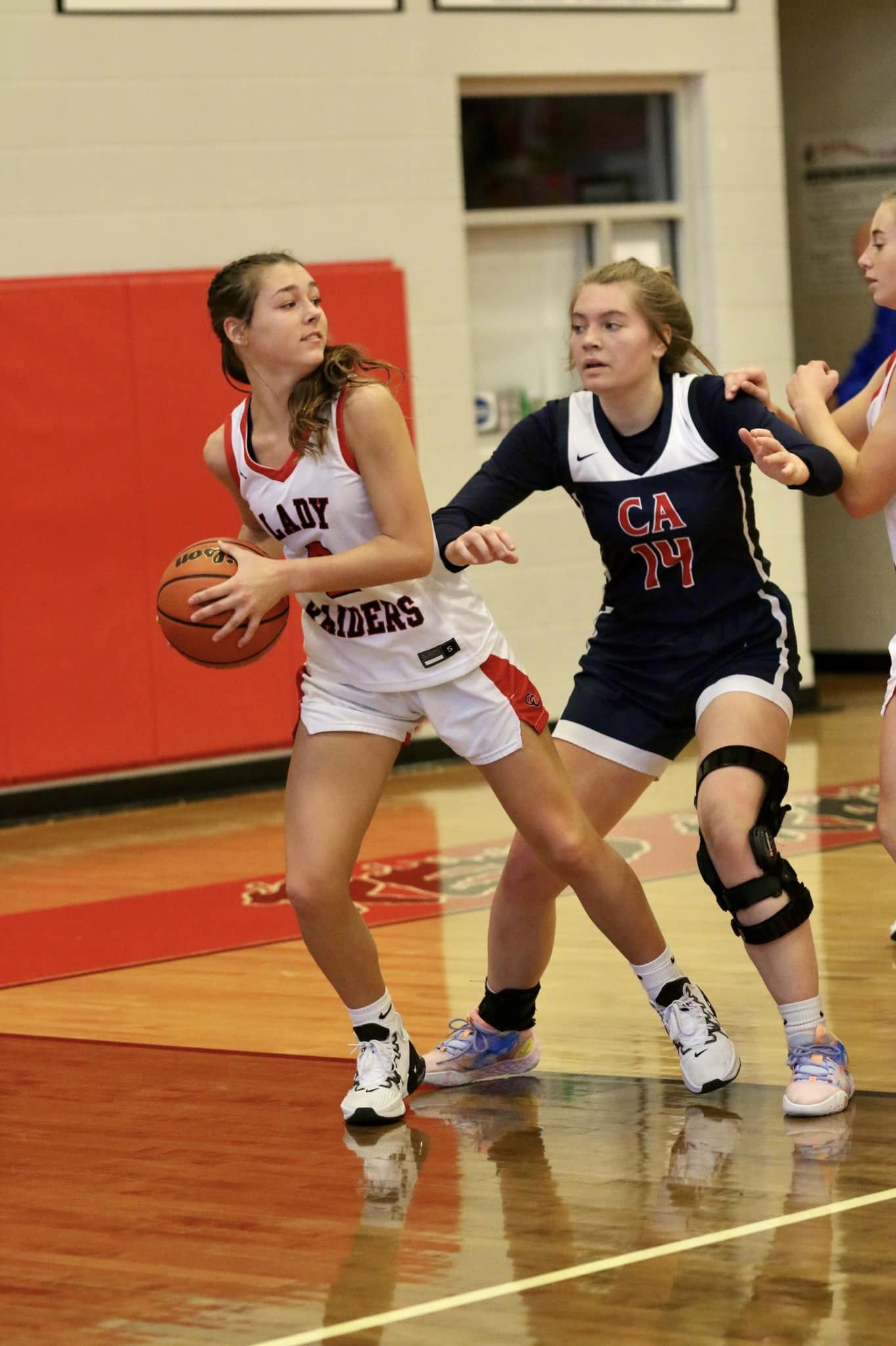 Coffee County went over the century mark, set a tournament record for points scored in a game and moved to the quarterfinals of the 43rd Annual Mike Lee Holiday Basketball Bash in New Hampshire Tuesday, beating Noble 101-12.

Sophomore Channah Gannon led the way with 18 points, with big sister Chloe Gannon adding 14 – 12 of those coming in the first quarter.

Coffee County is now 18-1 on the season. The Lady Raiders will play Coe-Brown in the tournament quarter-finals at 5 pm. Central Time on Wednesday, Dec. 28. You can watch that game on the Thunder Radio Facebook page – click here to follow.