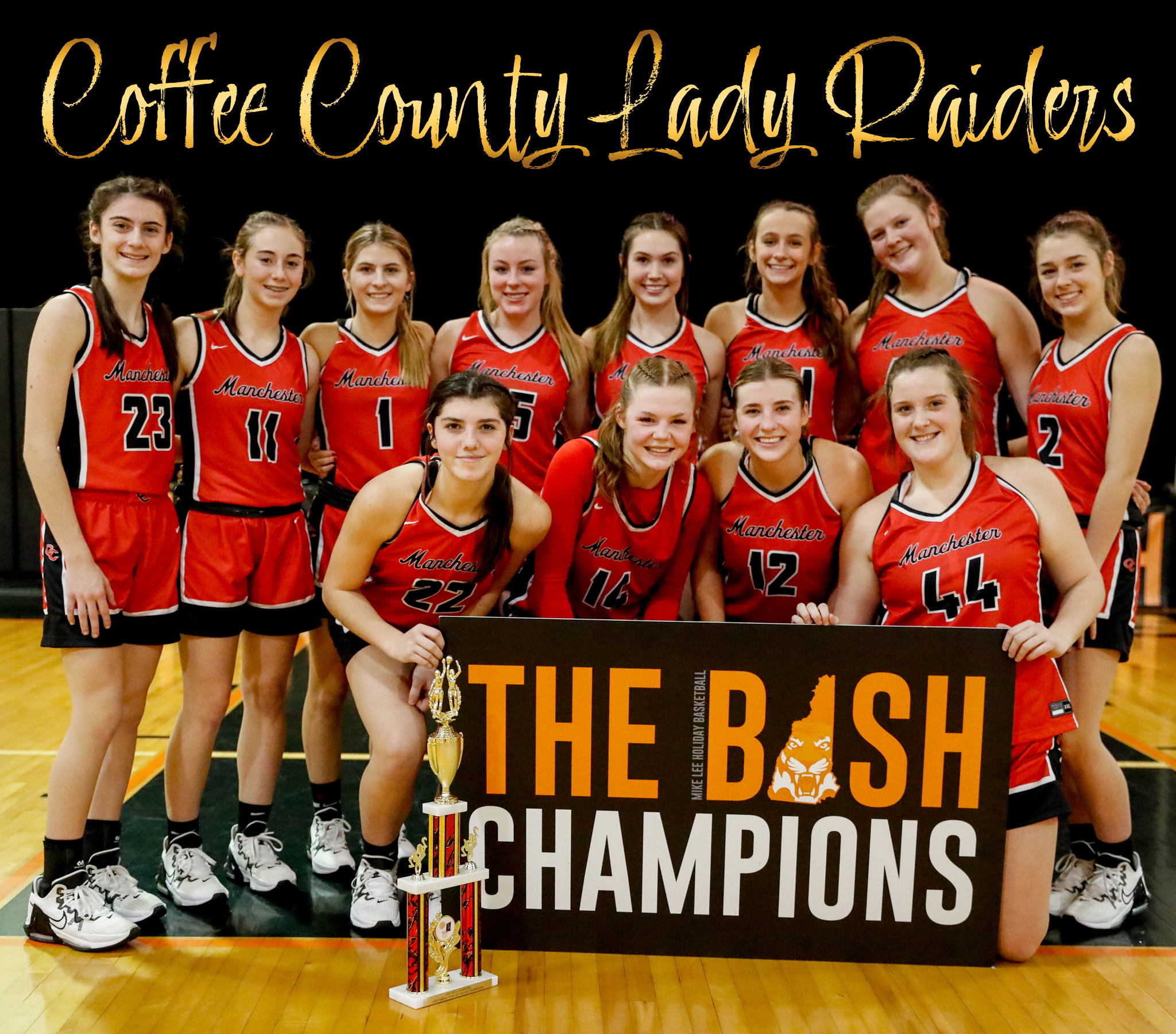 Coffee County faced by far its toughest opponent on the fifth and final day of the 43rd annual Mike Lee Holiday Basketball Bash.

The Lady Raiders held off a second half rally by the Kennett Eagles with a 14-5 advantage in the fourth quarter to win the tournament championship 54-33 in Farmington, New Hampshire.

When Coffee County needed points the most the Lady Raiders went to the paint – especially late. Channah Gannon dropped in two buckets in the fourth quarter and Emaleigh Tarpley scored all six of her points in the final period to help keep Kennett at bay. Gannon ended up leading all scorers with 18 points and freshman guard Natalie Barnes had 11 – all coming in the first half.

Also scoring for the Lady Raiders were Jalie Ruehling with 9, Chloe Gannon had 6, Olivia Vinson 3 and Alivia Reel 1.

The win pushes Coffee County to 21-1 on the season. The Lady Raiders will fly home Saturday and get ready to return to regular season play when Cane Ridge comes to Manchester Tuesday, Jan. 3. Tip is set for 6 p.m. for the girls with the boys to follow. Those games will be broadcast live on Thunder Radio WMSR.

Coffee County had two players named to the all-tournament team – they were sisters Chloe Gannon and Channah Gannon.