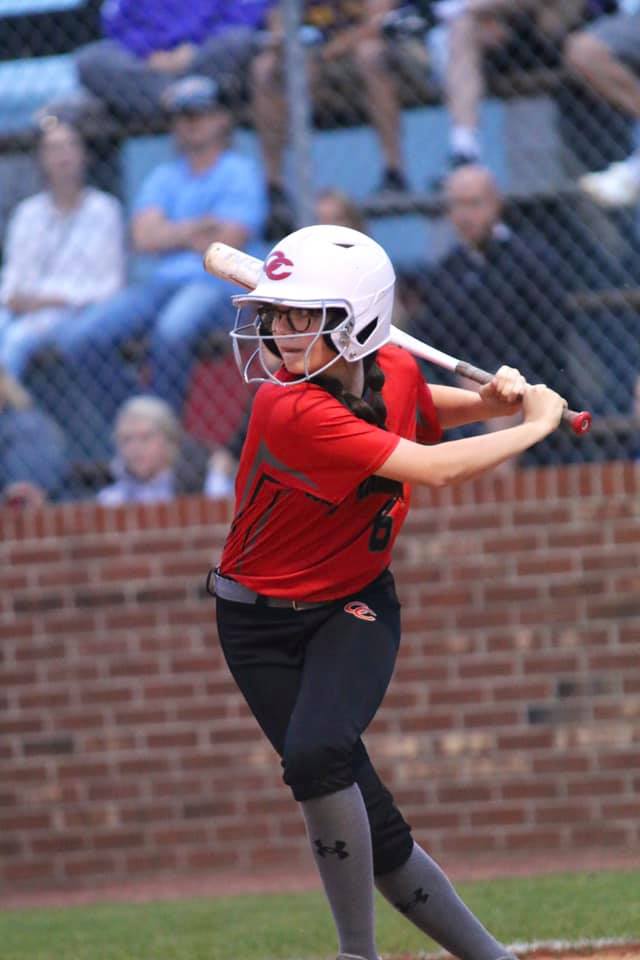 The CHS Lady Raiders actually took a brief 2-1 lead in the bottom of the second inning. Freshman Chesnie Cox reached on an infield single to plate Madison Pruitt and Olivia Evans, who motored all the way home from second base on the throw to first.

THIS GAME WAS BROADCAST LIVE ON THUNDER RADIO! LISTEN TO THE AUDIO REPLAY HERE.

Coffee County’s only other run came in the bottom of the seventh when Chesnie Cox scored on a fielder’s choice hit into by Keri Munn.

The Lady Raiders struggled defensively, committing 4 errors. Munn was tagged with the loss – she struck out 13 but allowed 8 hits and walked 4. Five of Siegel’s 8 runs were earned.

Despite the loss, the Lady Raiders are still alive in the postseason. With a 29-5 record, CHS will travel to Soddy Daisy on Friday, May 21 for the state sectional game. The winner will advance to the TSSAA Spring Fling State Tournament next week in Murfreesboro. The loser’s season will be over.