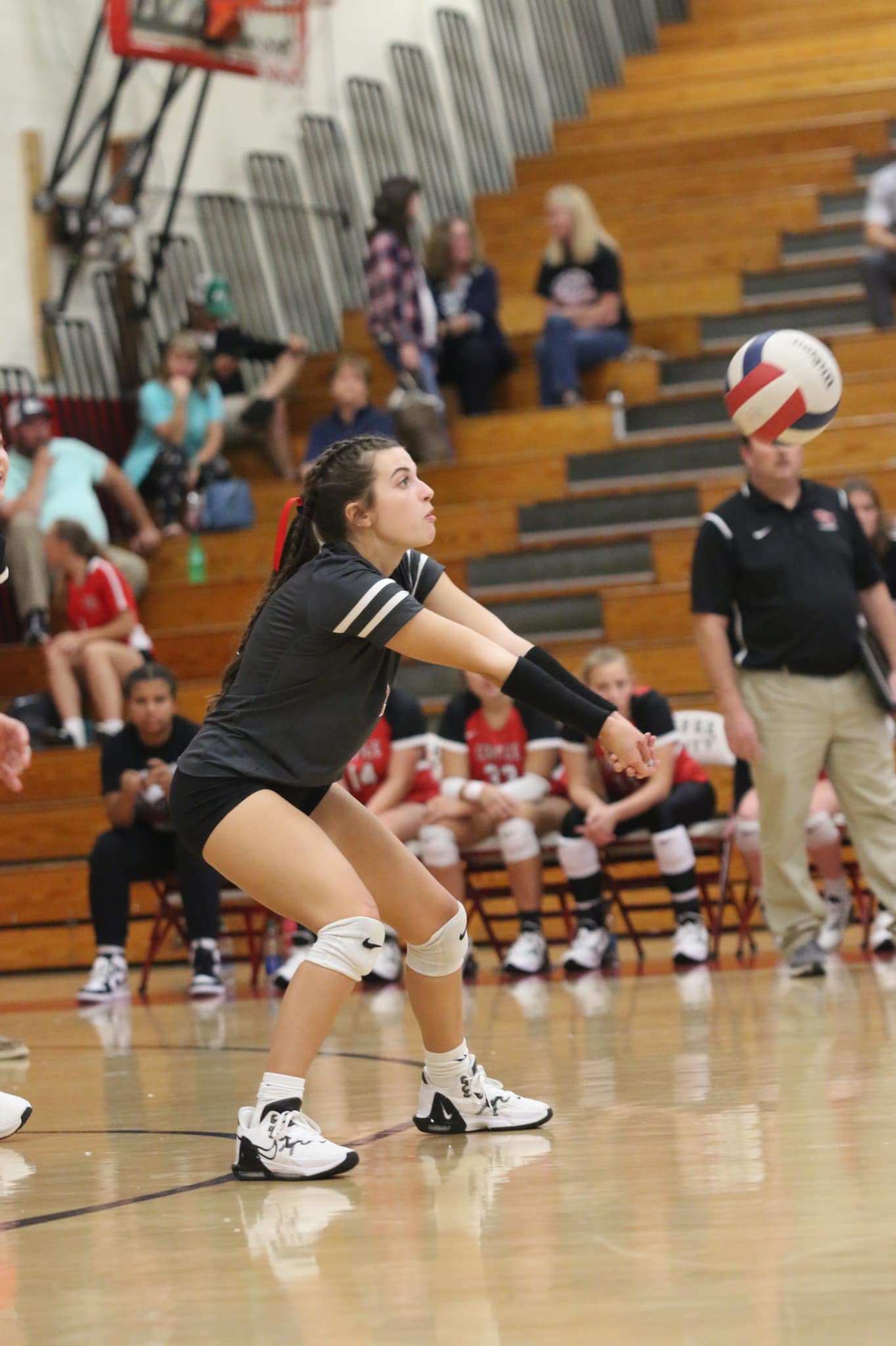 Abby Clark makes a pass at a volleyball match earlier in the 2022 season. -- Photo by Holly Peterson, Thunder Radio | Thunder The Magazine

Finishing as the second seed in the district tournament meant the Coffee County Central Lady Raider volleyball team got the unfortunate draw of Cleveland’s Blue Raiders in the first round of the Region 3-AAA tournament.

The Cleveland Blue Raiders (44-5 overall) dropped Coffee County 3-0 in the Region semi-finals Tuesday in Fayetteville, ending the season for the Lady Raiders. Cleveland won 25-8, 25-12 and 25-10.

Against Cleveland, attacks were hard to come by for CHS as the Lady Raiders amassed just 9 kills in the match, led by 3 from Gia Perez and 2 apiece from Anna Johnson and Zowee Dillard.

Camry Moss served up a pair of aces for the Lady Raiders and Abby Clark had 6 digs on the back row and Madison Pruitt registered 4 assists.