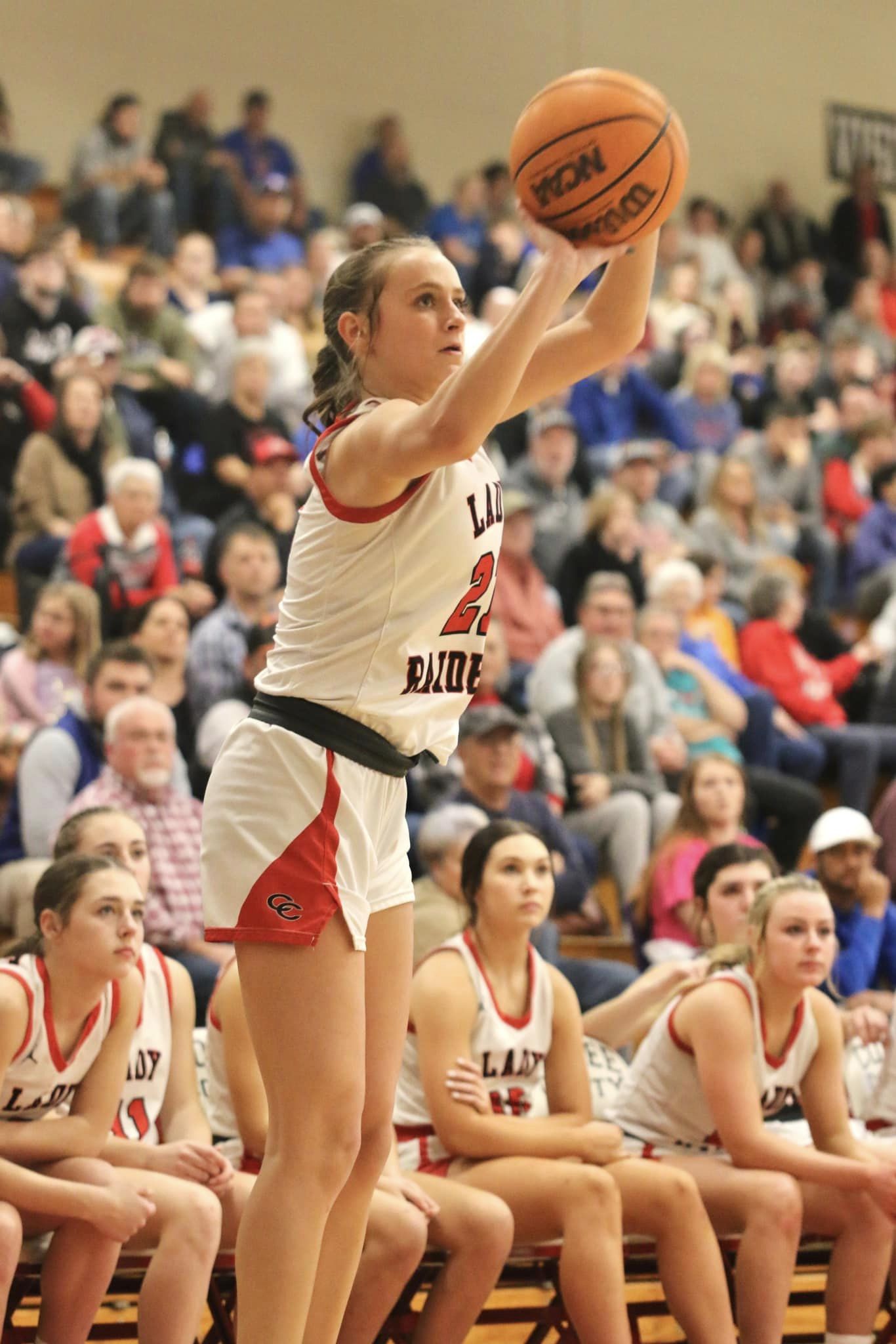 The defensive end of the floor is where the Lady Raiders won the game.

Coffee County held Warren County to just 10 second half points and got big free throws from Olivia Vinson in the final seconds to stave off a Warren County challenge in 32-29 in a District 6-4A showdown at Joe Frank Patch Memorial Gymnasium.

Leading by 1, Coffee County managed to get sophomore Olivia Vinson to the free throw line with 9.2 seconds on the clock. Vinson buried both free throws to give some padding and the Lady Pioneers’ last second shot from Brienne Kelsey was off the mark.

“I knew I had to knock them down to win the game,” said Vinson, shrugging off the notion of any pressure. “I shoot so many free throws a day, that was just another one.”

It was a sloppy outing from the Lady Raiders. Coffee County turned the ball over 16 times and was just 4-of-8 at the stripe. The Lady Raiders were also off the mark, missing some easy shots around the basket and trailed 19-13 at the half.

“I bet we missed 10 bunnies around the basket,” said CHS head coach Joe Pat Cope, talking about his team’s missed shots, especially in the first half. “Sometimes you have games like that, but we still found a way to get the job done.

“There aren’t 10 teams in (class) 4A that can beat Warren County,” added Cope.

Coffee County quickly closed the gap in the second half, jumping ahead 24-21 by the end of the third and slowly pulling ahead 28-23 with 6 minutes to play on an assist from Jalie Ruehling to Chloe Gannon – who finished with 10 points. But after that CHS went cold, scoring only 3 more points in the next 5:50 of game play before Vinson’s free throws.

Vinson finished with 10 points and freshman Natalie Barnes, who forced an important turnover in the fourth quarter, poured in 8.

“It was a physical game, for sure,” said Vinson, who played the entire second half. “That’s just how Warren county plays, we expected that.”