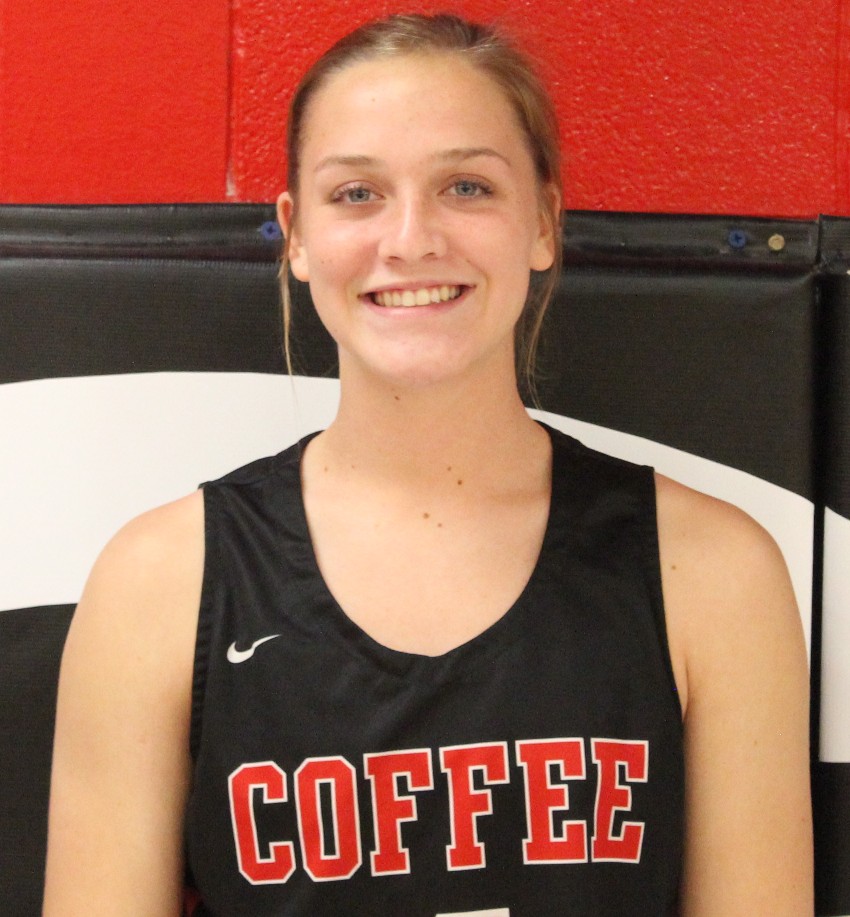 A taller, quicker and deeper Blackman defense took Coffee County out of their offensive flow with the strongest defensive pressure Coffee County has seen all season.  The Lady Blaze forced 13 turnovers and in the process sent the Lady Raiders to the free throw line 16 times in the game.  Coffee County was only able hit 7 of those free throws in the loss.  Coffee County took their only lead of the game with 1:41 left in the 3rd quarter on a reverse layup from Alivia Reel.  Blackman got the next 7 points to take a lead they would not relinquish.

Ellie Chumbley was the leading scorer for Coffee County as she finished with 9 points.  Jalie Ruehling and Bella Vinson each added 7 points.  Reel and Ellie Graham each netted 4 points for Coffee County who finish the year with a record of 27 and 4.  For her strong effort, Chumbley was named the Stone Fort Mortgage player of the game.

The Red Raiders open up region play on Saturday night as they travel to Murfreesboro to take on Blackman.  That game will tip off at 7 PM.  Thunder Radio will have live coverage beginning with the Powers Storage Pregame Show at 6:50.