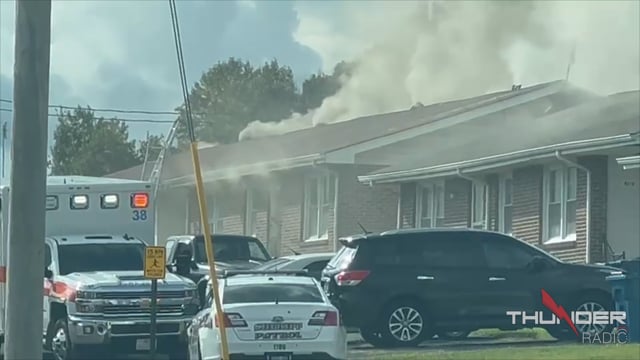 According to Manchester Fire Department officials, the fire was reported at 4:05 p.m. at 91A Hayfield Square. All occupants were reported to be out of the building.

Manchester Fire Department crews responded immediately and, upon arrival, crews were met with heavy smoke conditions coming out of the roof at the residence. An assessment by the on-scene officer discovered heavy fire on the rear of apartment 91 A. Crews learned that most of the fire was contained to above the living room area.

There were no injuries to occupants, pets or firefighters during this incident.

Cause of the fire is under investigation, according to Manchester Fire Department.