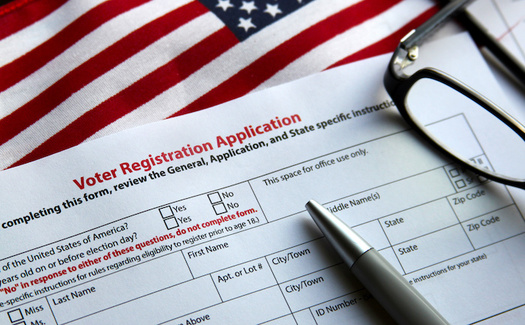 According to state election statistics from November 2018, more than 4 million Tennesseans currently are registered to vote. (Annap/Adobe Stock)

A federal judge blocked Tennessee’s new restrictions for registering voters from taking effect on October 1st of this year.

For now, the ruling sets aside a law that fines groups that pay workers when too many incomplete registration forms are submitted. The law would criminalize intentional infractions of a new set of rules, exposing voting advocates to misdemeanor charges, according to the Associated Press.

Voter registration groups sued over the law, saying it has already curtailed their ability to enroll voters.

US District Judge Aleta Trauger said the effort is akin to “poisoning the soil in order to have an easier harvest.”

Under the new law, the state can fine paid groups that submit 100 or more voter registration forms that lack a complete name, address, date of birth, declaration of eligibility and signature. Penalties can reach $10,000 per county where violations occur if more than 500 incomplete forms are submitted.

Tennessee Secretary of State Tre Hargett’s office said that many of the 10,000 registrations submitted in and around Memphis last year by the Tennessee Black Voter Project on the last day for registering were filled out incorrectly. Only paid groups could be penalized under the law