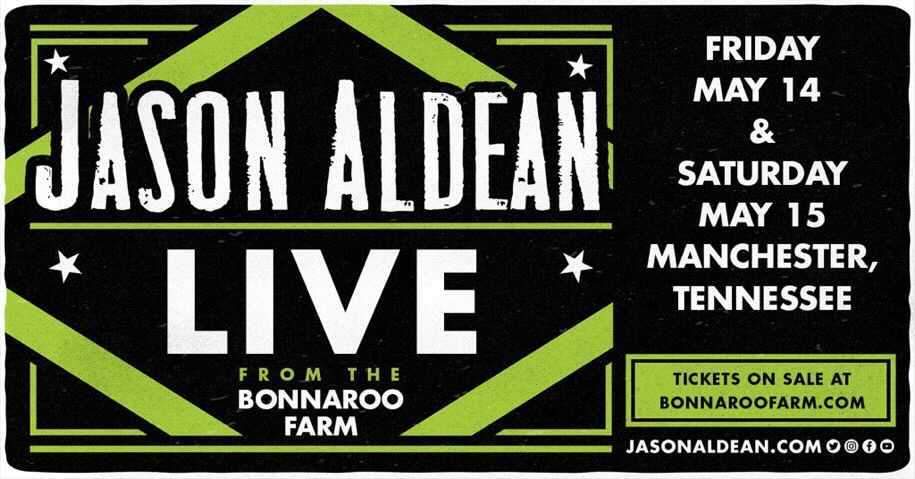 Organizers with The Bonnaroo Farm have announced an addition to its Concerts on The Farm Series.

Multi-Platinum entertainer Jason Aldean will return to the live music scene for the first time in over a year with two nights at The Bonnaroo Farm in Manchester – May 14 and 15.

The three-time ACM “Entertainer of the Year” will host a limited number of fans in socially distanced four-person pods, starting at $99 a pod. Score your tickets at http://JasonAldean.com and http://BonnarooFarm.com, with $1 from each ticket benefiting the Bonnaroo Works Fund.

Bonnaroo Farm announced last month the start of a series of concerts at the property. Billy Strings will perform May 28 and Jon Pardi on May 29. The Avett Brothers will do a three-night set on July 2, 3 and 4. Get tickets for those concerts at www.bonnaroofarm.com

The annual Bonnaroo Music & Arts Festival will be held Sept. 2-5.