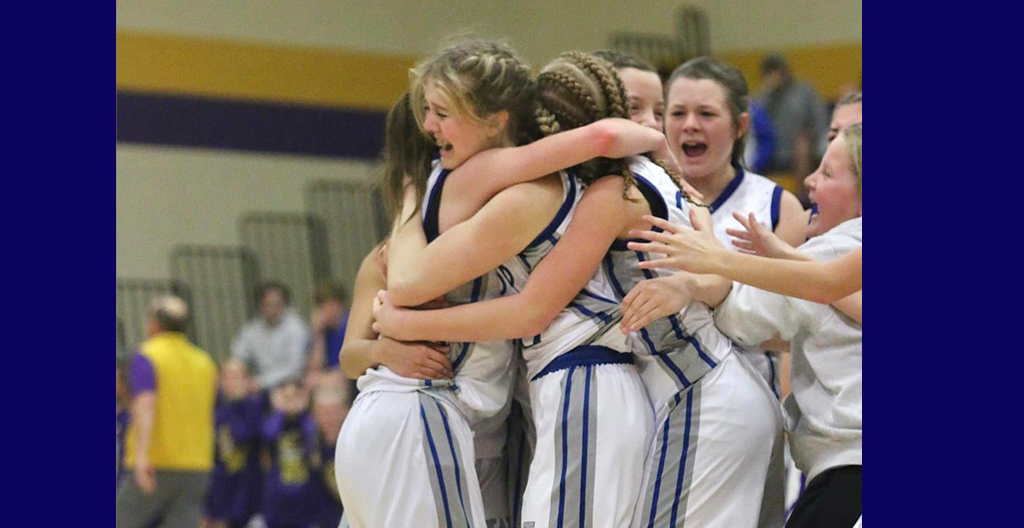 They were arguably the two biggest points of her basketball career.

With the Lady Rockets trailing by one and precious seconds ticking away, Dyer caught a shot from Jules Ferrell that was left short, put it back up and it found the basket with 2 seconds on the clock to give the Westwood Lady Rockets a 39-38 win over Community in the DRVC Championship game in Unionville.

The bucket by Dyer for the win came just 10 seconds after Community’s Madisyn Hill looked like she would be the hero. Hill buried an 18-foot baseline jumper for her first basket of the game to put the Viqueens up 38-37 with 12 seconds on the clock. It was the first lead of the second half for Community and completed a lengthy comeback.

Westwood led 35-23 midway through the third quarter. But Jules Ferrell picked up her 4th foul just a couple of minutes later and Community slowly clawed back into the game, finally taking the lead for the first time on Hill’s jumper.

Ferrell took the ball down the floor and fired up a long 3-pointer that found Dyer under the basket. It was the only field goal for Westwood in the fourth quarter.

Westwood spent most of the day building leads only to watch Community claw back. The Lady Rockets led 19-9 in the first half and the Viqueens closed the half on a 11-4 run.

Not only did the win give the Lady Rockets a conference tournament championship, it caps off their second consecutive unbeaten conference season and extends this season’s win streak to 20 games. They will compete in the James C Haile Tournament next week.

Jules Ferrell led Westwood against Community with 14 points, despite missing nearly an entire quarter’s worth of time with foul trouble. Bella VanZandbergen was red hot early, knocking in 3 jumpers in the first quarter on her way to an 11-point day.

*The Westwood win is the 20th consecutive. The Lady Rockets haven’t lost since Oct. 24 against Coffee County Middle.