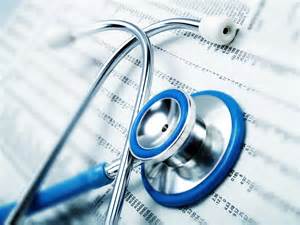 Immigrants could help Tennessee fill its health-care workforce gap, according to a new report by the Business Forward Foundation. Foreign-born individuals currently make up less than 5% of the state’s total population.

President of the Business Forward Foundation Jim Doyle said the number of Tennessee seniors will nearly double by 2070. He pointed out that without new immigrants, the ongoing doctor shortage and lack of health-care access experienced by people living in rural parts of the state will worsen.

“It’s totally reasonable for people in Tennessee to be asking the question, ‘Are we full?’ or to be worried about immigrants,” Doyle said. “It’s just important to understand the underlying math. And the math suggests that if we cut off immigrants, then Tennessee is one of the states that’s going to suffer most.”

Doyle said without a steady flow of new immigrants, over time, an aging and shrinking population will impact Tennessee’s schools, pensions, infrastructure and economic opportunity.

Tennessee’s immigrants are also starting new businesses. According to the report, more than 20,000 immigrant entrepreneurs across the state have created 82,000 new jobs. Doyle pointed out that immigrants are more likely to both have advanced degrees and be of working age.

“We can grow our economy and create jobs by welcoming immigrants and reforming our laws,” Doyle said. “Or we can try to keep them out, and we can pay the price.”

The report’s authors said less restrictive immigration policies could grow Tennessee’s Gross Domestic Product by $9.9 billion over the next decade.