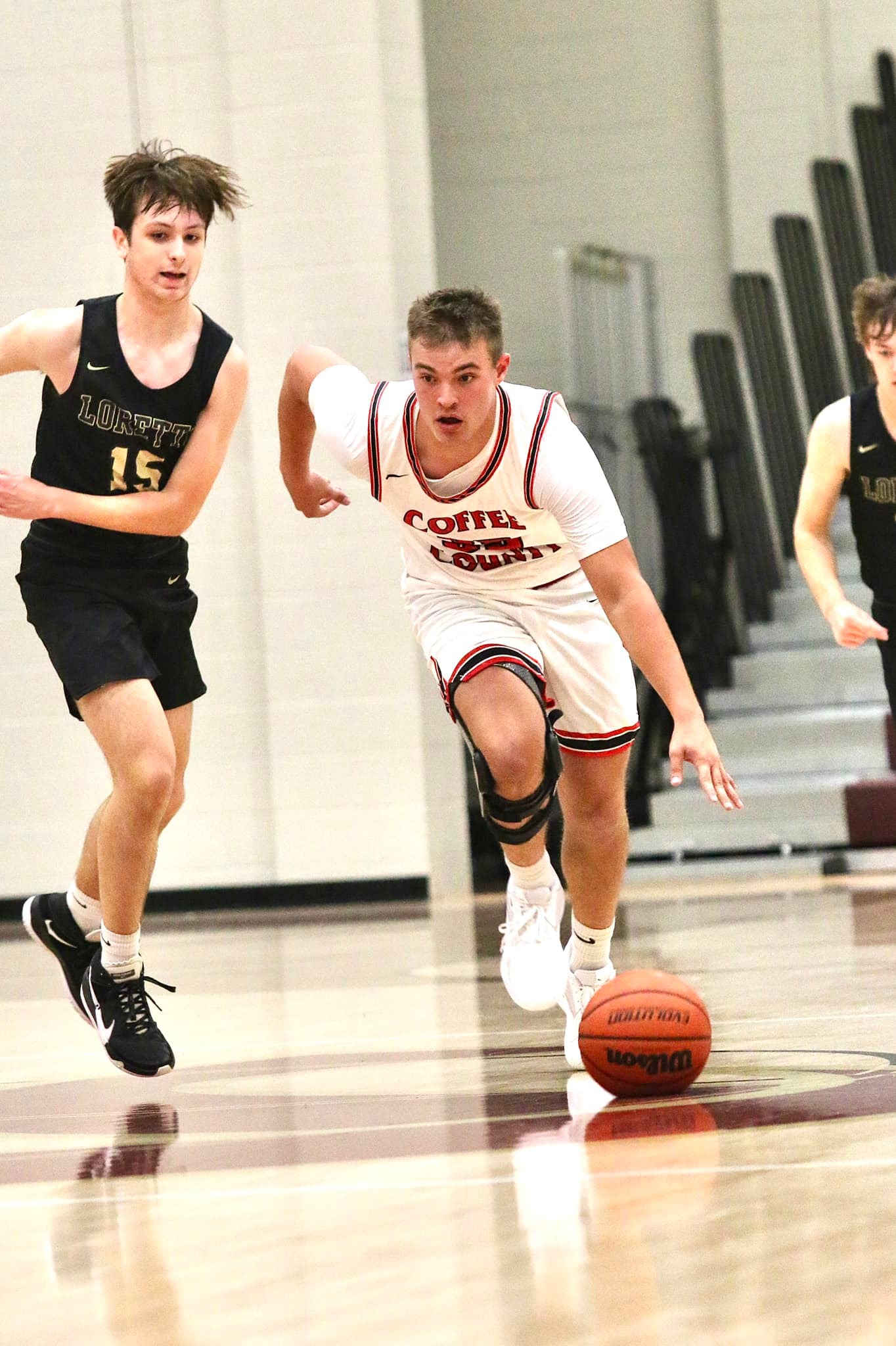 Coffee County exploded out of the locker room Friday night at Blackman.

The CHS Red Raiders erased a 23-15 halftime deficit with a 19-3 run to start the second half on their way to a 54-45 win over Blackman Friday night in Murfreesboro.

The win ends a 3-game skid for the Raiders and avenges a loss to the Blaze back on Nov. 29 in Manchester.

Almost everything went right for the Raiders in the second half. CHS smothered the Blaze and pounded the paint with senior post Connor Shemwell, who scored 13 of his game-high 22 points in the fourth quarter. Shemwell had his way with the Blaze interior all night. The Raiders also got 8 points from Dayne Crosslin and Cooper Reed.

The Raiders (5-3) will be back to work Saturday night when they host Rockvale. Girls at 6 p.m. and boys to follow.