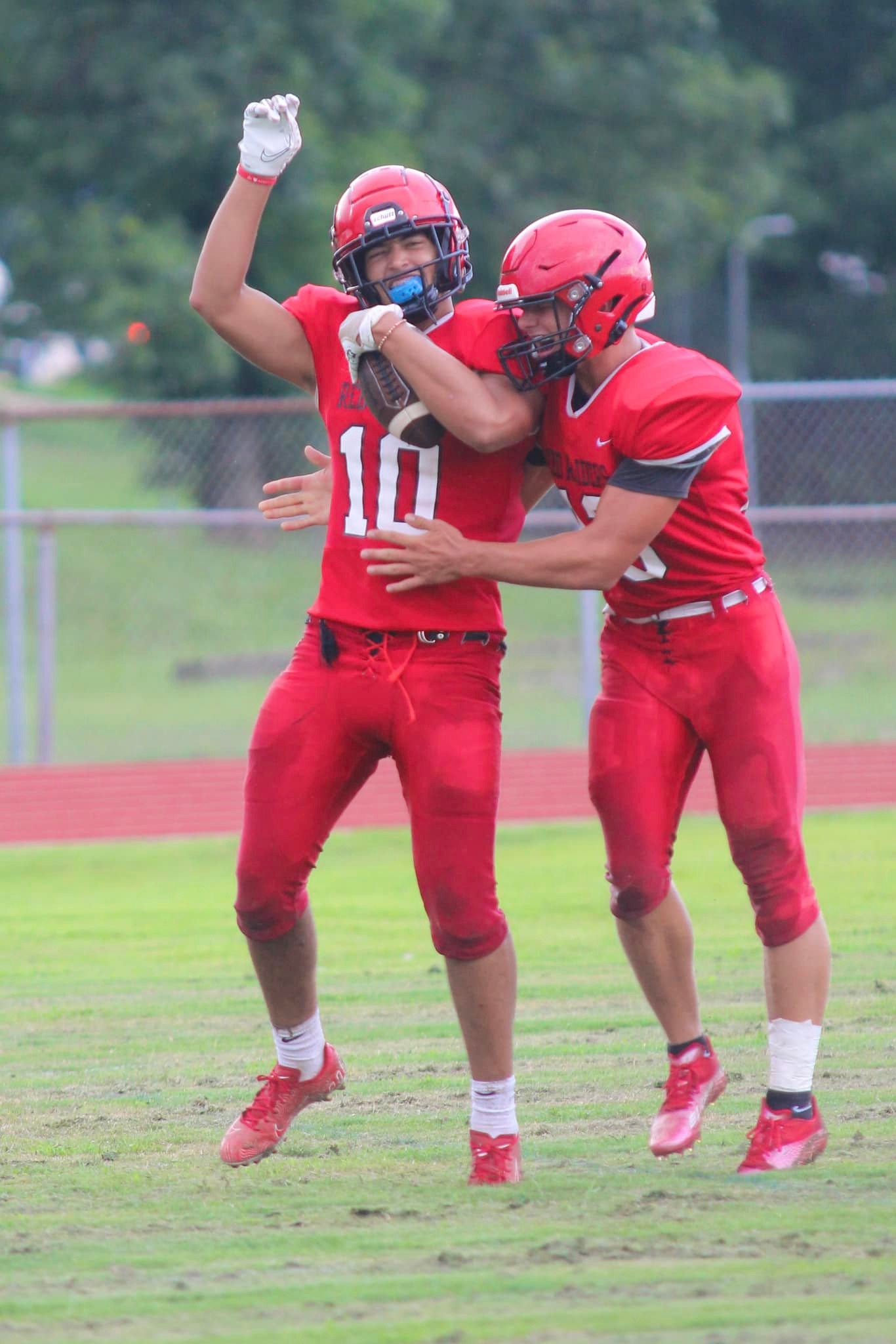 It was only a scrimmage. But there is certainly reason to be optimistic after the Coffee County Red Raider’s outing Friday night in La Vergne.

After taking a few plays to settle in, the Raiders were able to run an efficient offense and a defense that stymied the Wolverines for most of the afternoon.

-This wasn’t a true format for a football game. Quarterbacks wore green jerseys, special teams worked at the beginning and then each team kept the ball for 10 plays, regardless of outcome.

-Junior kicker Elijah McCoy was a perfect 2-for-2 on his extra point attempts at the opening of the scrimmage.

-Sophomore quarterback Cole Pippenger had his moments. He connected with senior tight end Jahlin Osbourne multiple times, including a 35-yarder over the middle and a 50-yard touchdown strike.

-Pippenger found Ian Weldon on play 10 of their second possession for a touchdown. Pippenger rolled out after the play broke down.

-Brendon Sheppard scored on defense with a scoop and score and later picked up an interception. The Raider defense forced two more turnovers, fumbles recovered by Kendall James and Nate Luttrell.

WHAT IS BEING SAID

Coach Doug Greene was pleased with his team’s outing.

“Obviously, we have some things that need cleaned up just like anybody this time of the year. But I was happy with what we saw. Kids played hard, we ran the ball really well with Konor [Heaton] and that may be the best that [Tristin} Galy has ran it for us. And Kendall James ran the ball well. We need depth and I think we are headed in the right direction.”

The Raiders open the season Aug. 19 when they host Franklin County. This marks the 100th year of Red Raider football. Listen to the Raiders all season long on Thunder Radio. Friday Night Thunder pregame at 6 p.m. every Friday, kickoff at 7 p.m. on 107.9 FM, 1320 AM, 106.7 FM, Manchester Go app and thunder1320.com.