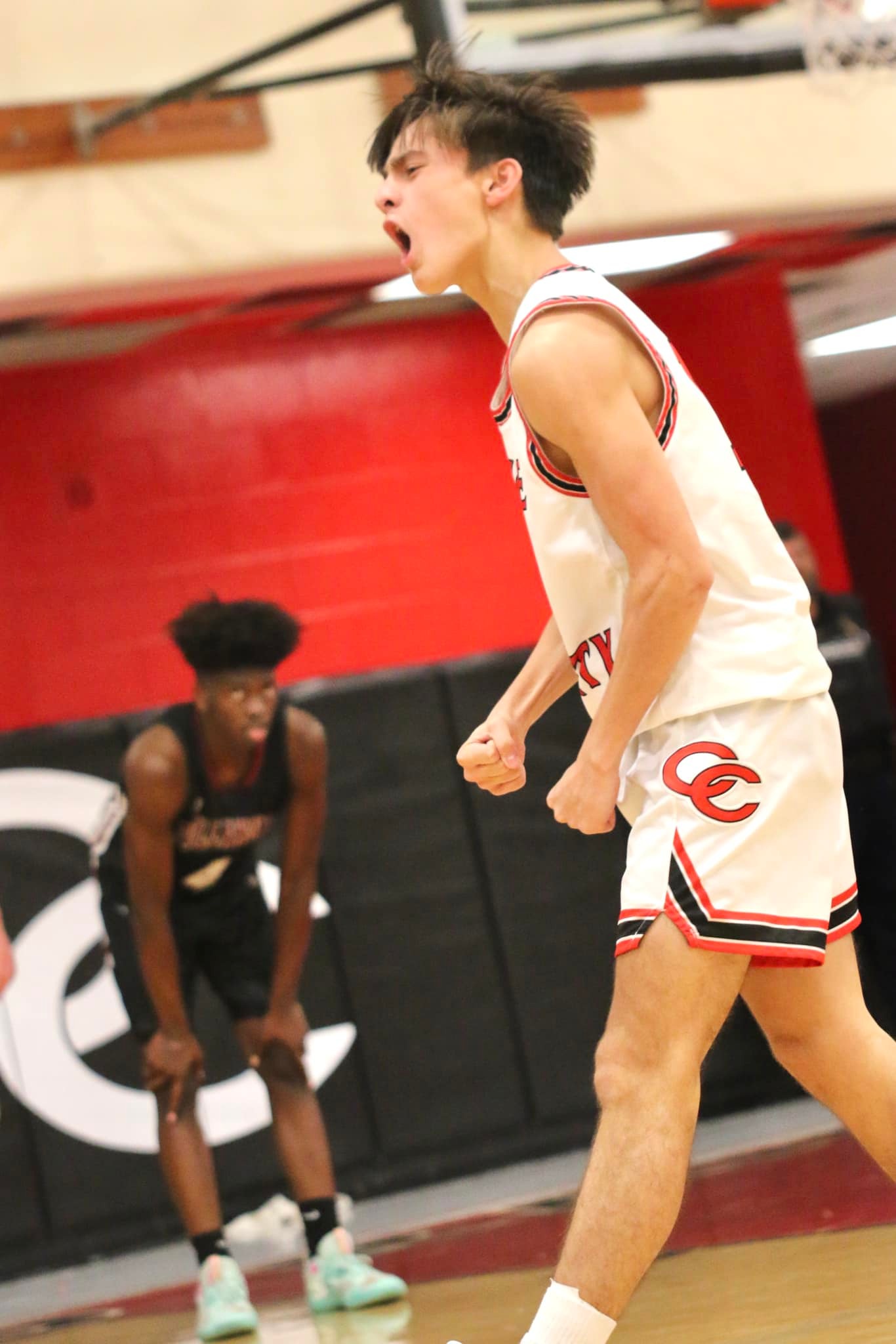 The Red Raiders jumped out to a red hot start – taking a 11-0 lead – and fought off multiple Tullahoma runs to take a 50-36 win over the Wildcats at Joe Frank Patch Memorial Gym in Manchester.

Tullahoma eventually overcame the early start and tied the game at 24-24. Both teams went back and forth until 35-35, but the Wildcats never took the lead. And it was all Raiders from there, who closed on a 14-1 run down the stretch.

Three Raiders got into double figures. Dayne Crosslin scored 11 points, Phineas Rollman and Connor Shemwell each with 10. Shemwell scored 8 in the first half to get the Raiders off to a good start. Rollman was named Thunder Radio’s Stone Fort Mortgage Player of the Game.

CHS closed strong – not missing any free throws down the stretch. Brady Nugent was 4-of-4 at the line in the fourth quarter. The Raiders had their best night of the season at the charity stripe, going 15-of-19.

Tullahoma was led by Krys Uselton with 17. He scored the first 10 points on the night for the Wildcats. Coffee County held him to just 7 points after that.

The win makes four wins in the past 5 games for the Raiders and improves them to 8-4. They play next week in the Sonic Shootout in Sparta.