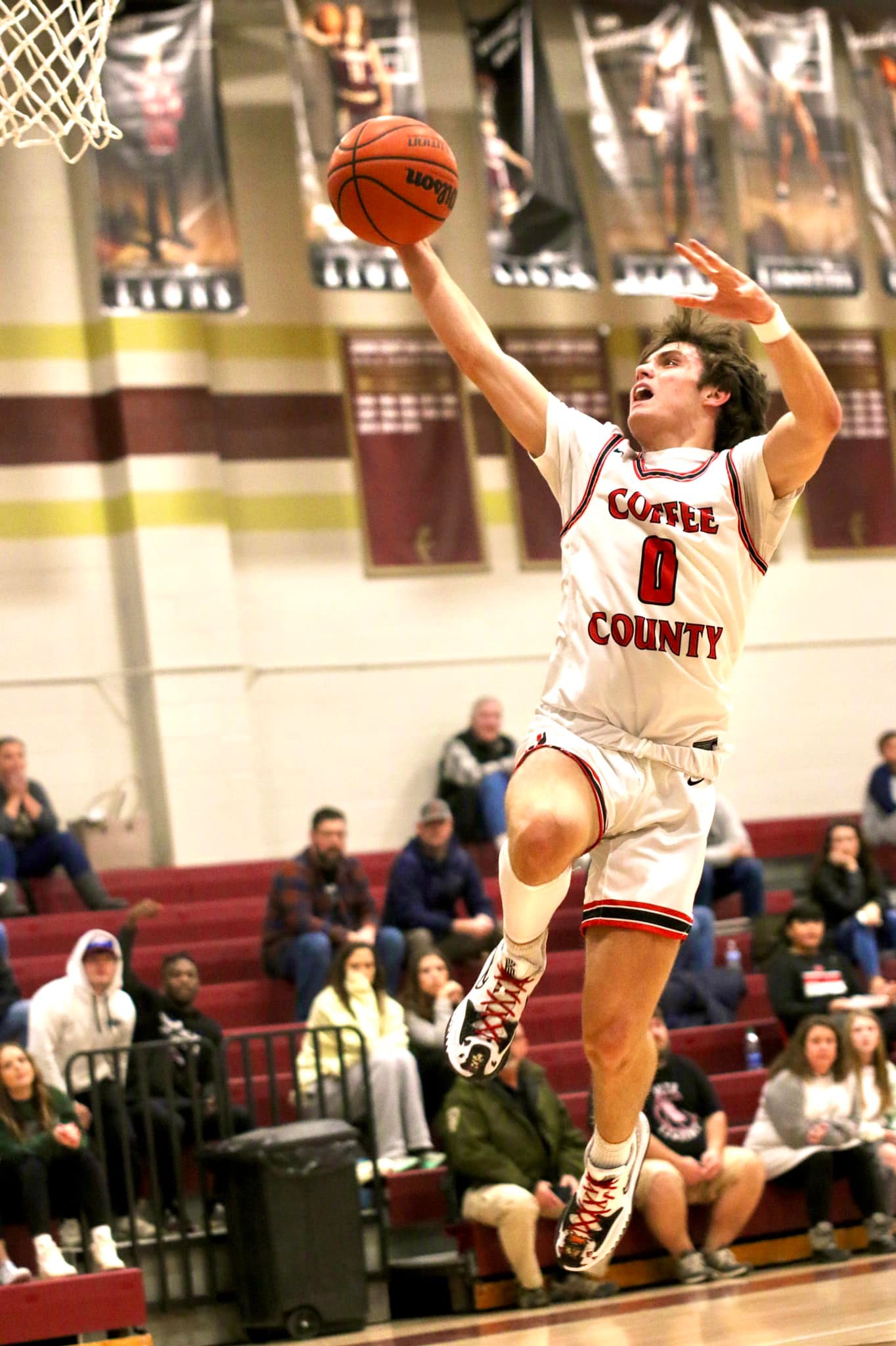 Pickett County rolled into Manchester Tuesday night with a 9-1 record, a six-game winning streak and a roster loaded with senior talent.

The Red Raiders of Coffee County Central were up to the challenge.

Coffee County had answers for everything the Bobcats did all night and Dayne Crosslin scored 17 points to drop the visiting Bobcats 61-52. It was the Raiders’ third win in their past four games.

CHS held Zach Amonett to 13 points – well below is season average of 22.

The Raiders spread out production on the offensive end – getting 9 from Aidan Abellana and 10 from Connor Shemwell, despite battling foul trouble for most of the night. Phineas Rollman, Cooper Reed and Brady Nugent all pitched in 7 points.

The Raiders led throughout – never trailing after midway through the fourth quarter. The Bobcats were unable to cut the deficit to any closer than 6 during the final minutes.

Tickets are available at the gate.