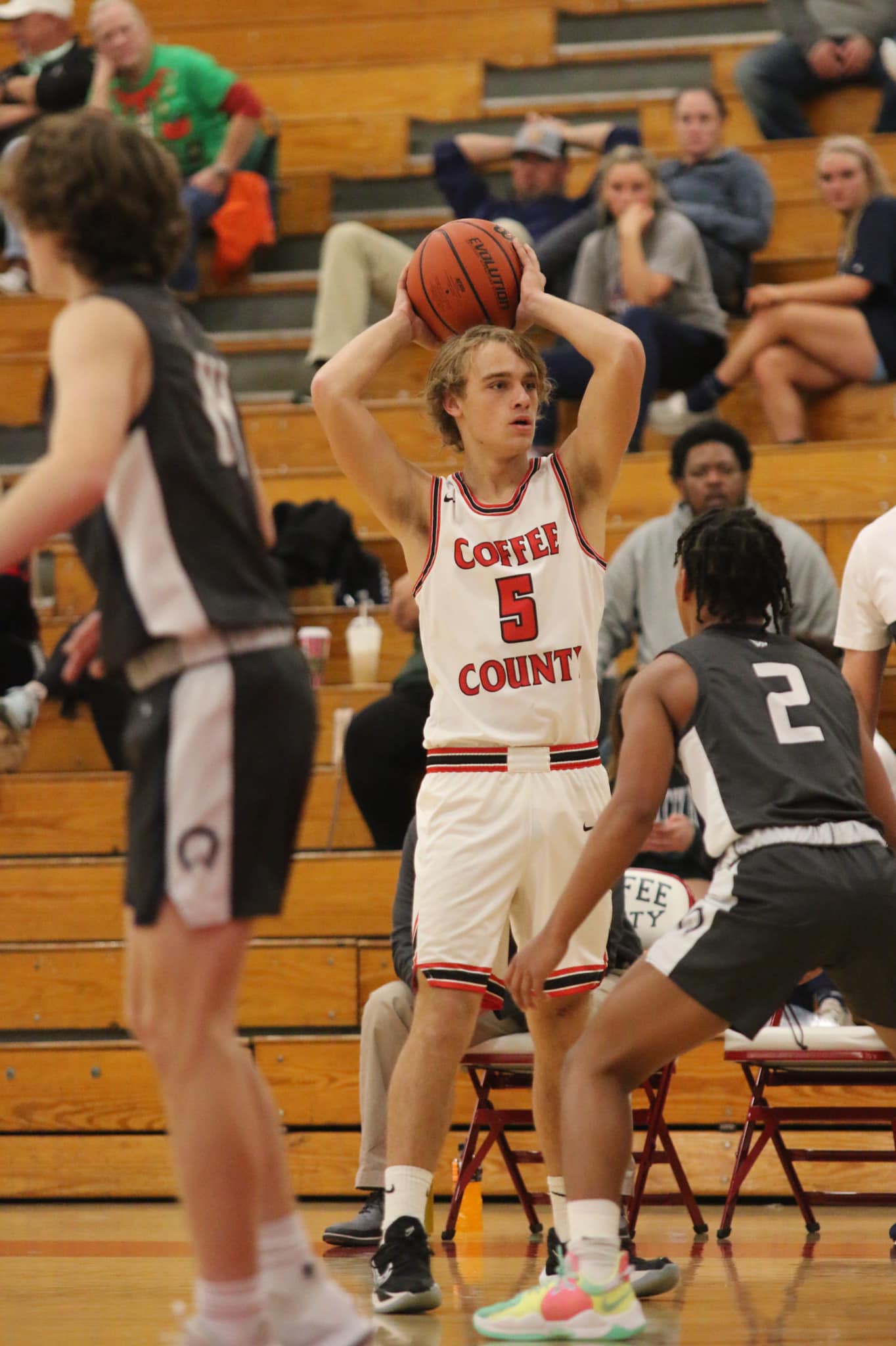 The Red Raiders took off red hot to start the second half but could not keep the momentum or the intensity. CHS took a 26-23 deficit and quickly turned it into a lead, pulling ahead by as many as 6 in the third quarter. But the Mustangs heated up and took a 42-41 lead after 3 and outscored the Raiders 20-11 in the fourth quarter.

Dayne Crosslin led the Raiders with 24 points and was named Thunder Radio Stone Fort Mortgage Player of the Game.

The loss is the 3rd straight for Coffee County (4-3) after starting 4-0. The Raiders are off until Dec. 10, when they travel to Blackman. That game will be broadcast live on Thunder Radio, WMSR.