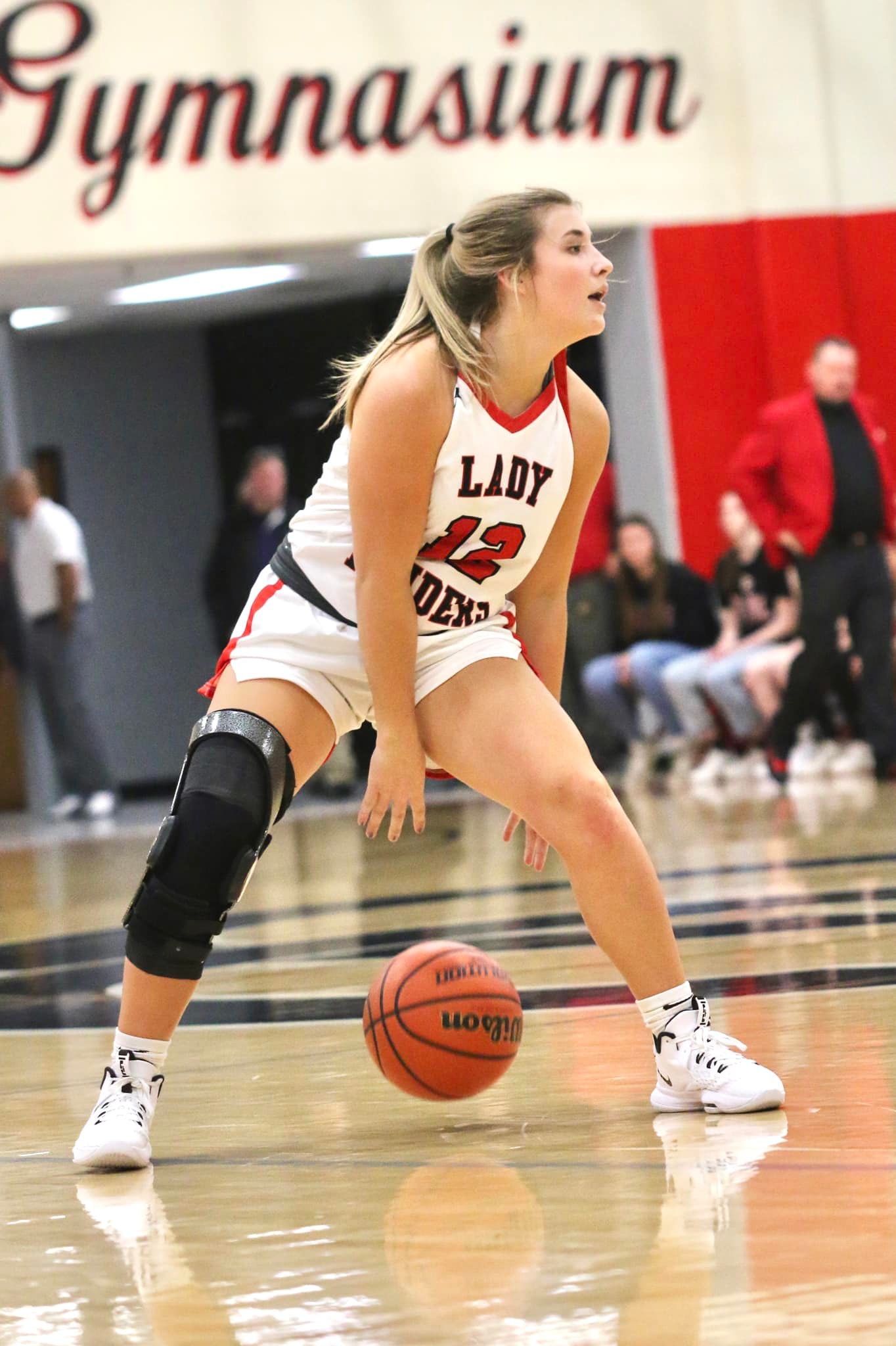 Walker Valley came to Manchester with a perfect 6-0 record Tuesday night. Coffee County pounded the Mustangs inside, scoring early and often in a 73-27 blowout – a game you heard live on Thunder Radio.

Junior post Chloe Gannon piled up 20 points and it could have easily been more. Senior forward Elli Chumley added 15 – the two were named Stone Fort Mortgage co-Players of the Game.

Kiya Ferrell also did damage in the paint – adding 10 points – all on field goals inside.

“We did a better job identifying where to go with the basketball tonight,” said CHS head coach Joe Pat Cope.

A few freshmen got in on the action for CHS. Olivia Vinson scored 6 points before leaving early with cramp issues. Channah Gannon scored 8, including a 3-pointer, and Ava McIntosh scored 5.

Alivia Reel picked up 3 points, and Emma Fulks 2. Junior guard Jalie Ruehling scored her first 2 points of the season after playing her first significant minutes in her return from July ACL surgery. Remi Benjamin pitched in 2 points in the paint.

The Lady Raiders improve to 3-2 with the win and will have off until Dec. 10 when they travel to Blackman to take on the Lady Blaze. CHS lost to Blackman – the defending AAA State Champions – by 9 on Monday night. You can hear the game live on Thunder Radio: 107.9 FM, 1320 AM, 106.7 FM, Manchester Go App and Thunder1320.com.