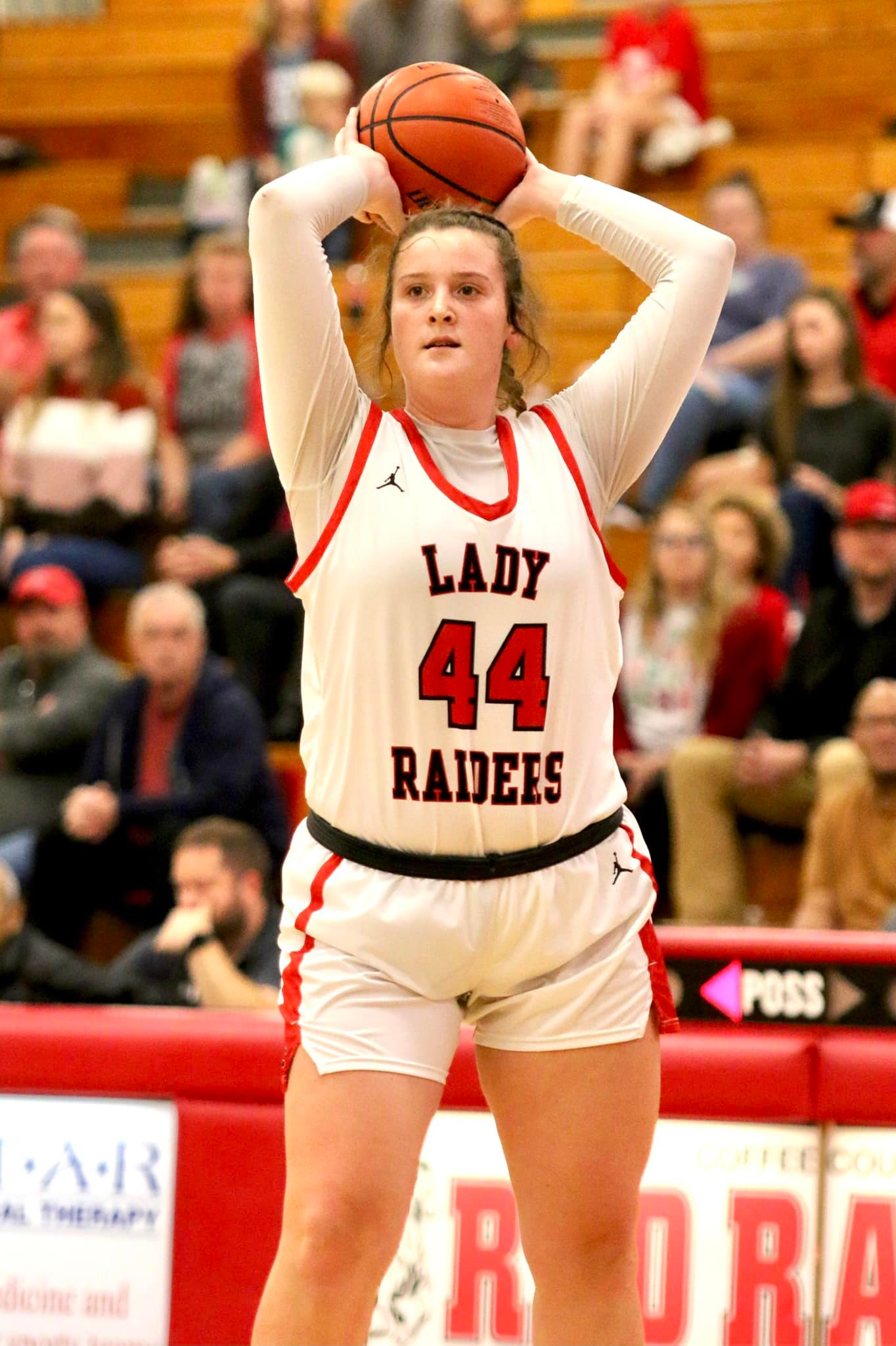 It was only a matter of time before Chloe Gannon’s shots started to fall Friday night.

They did, Tullahoma had no answers and the Central High School Lady Raiders beat Tullahoma for the 12th time in the past 13 meetings: 54-36 at Joe Frank Patch Memorial Gymnasium.

“We knew if we executed the game plan that we had that we would take care of business,” explained CHS head coach Joe Pat Cope. “We didn’t do that early, and it was so frustrating for me. We had a discussion at halftime and things improved.”

Improve they did. Coffee County struggled through the first half, but still took a 21-20 lead to the locker room. Foul trouble haunted the Lady Raiders early – Chloe Gannon and Channah Gannon each picked up 3 fouls in the first half.

But Cope put Chloe Gannon right back on the floor to start the second half and she went to work – not picking up a foul the rest of the night and finishing with a game-high 24 points (17 of those came in the second half).

The Lady Raiders turned up the defensive intensity, as well – holding the Lady Cats to just 6 third quarter points.

Senior Elli Chumley also turned in a solid performance – playing shutdown defense on Tullahoma’s top guard Lucy Nutt, and scoring 14 points on the offensive end. And in Jalie Ruehling’s first start of the year, she put up 8 points for the Lady Raiders, including a 3-pointer. It was one of only two 3-pointers CHS hit all night, with the other coming from Olivia Vinson.

But the 3-pointer wasn’t needed – size and dominant post play was the emphasis of the night for the Lady Raiders.

With the win, CHS moves to 7-3 on the year. It marks the Lady Raiders’ 4th straight win. Tullahoma falls to 5-2 – it is the Lady Cats’ second straight loss.

Coffee County will play next week in a pre-Christmas Tournament in Fort Payne, Ala.