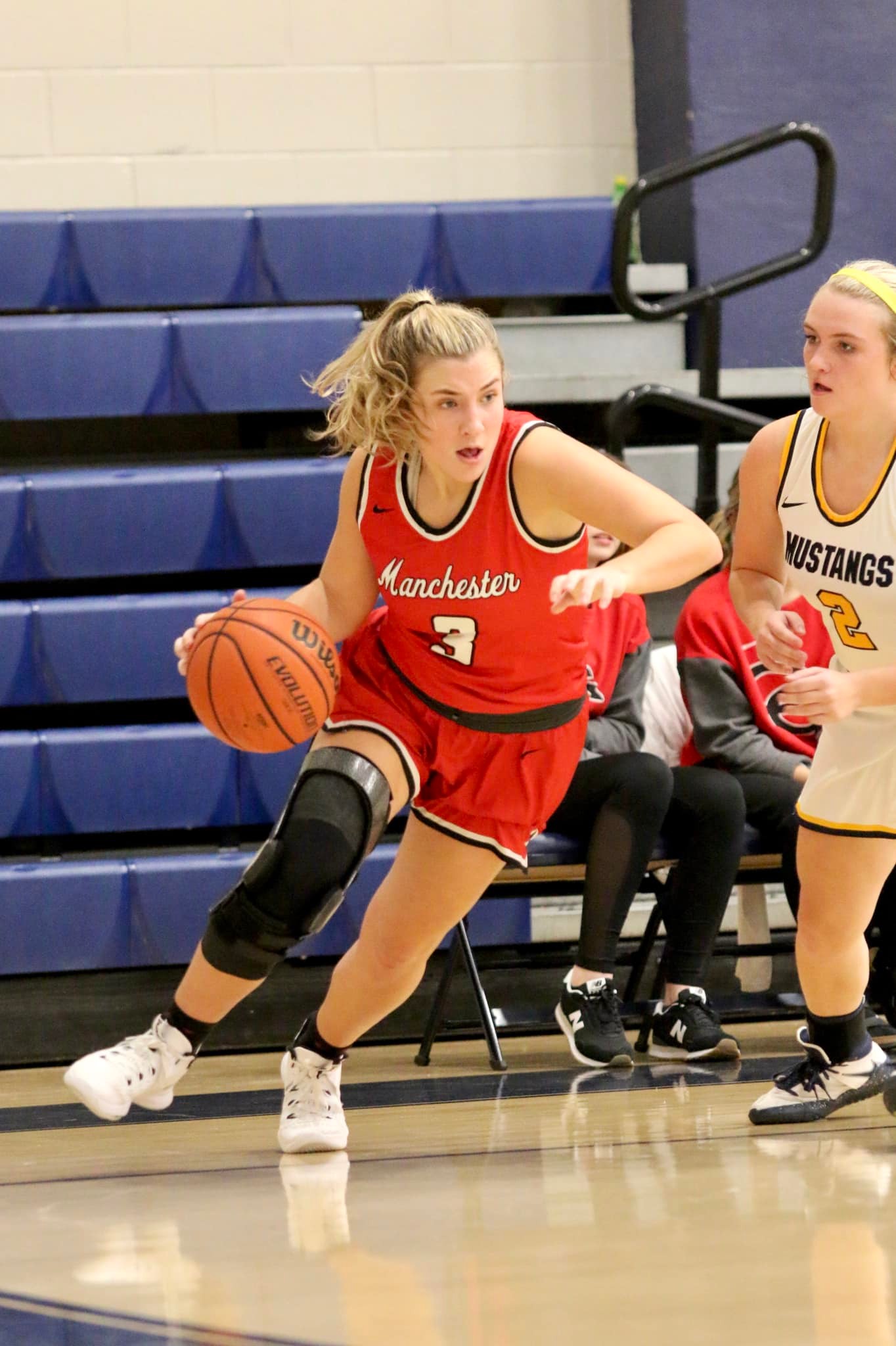 What had the makings to be a “trap game” turned into a typical night for the Coffee County Central Lady Raiders.

CHS traveled two hours to Walker Valley and put a whipping on the Mustangs, leaving with a 65-31 mercy-rule shortened game to complete the season sweep.

Chloe Gannon with 19 points and Jalie Ruehling with 8 points and 7 rebounds were named Stone Fort Mortgage co-players of the game on the Thunder Radio broadcast.

But it was the defense that made the difference. CHS only led 19-11 after one quarter. But more defensive pressure frustrated Walker Valley. CHS held the Mustangs to just 4 points in the second quarter and 1 in the third. In fact, Walker Valley didn’t score an offensive field goal for the first 10 minutes of the second half.

Olivia Vinson buried a trio of 3-pointers to finish with 9 points and senior Elli Chumley also added 9 in the win. Coffee County improves to 5-3 win the win.

THIS GAME WAS BROADCAST LIVE ON THUNDER RADIO. CLICK HERE FOR THE AUDIO REPLAY.

A bad second quarter was costly for CHS.

The Raiders led 15-11 late in the first quarter over Walker Valley Monday night, Dec. 13, 2021, but a 23-4 Walker Valley run closed the half and made too big of a hole for the Raiders to climb back.

CHS cut the deficit to 5 points twice in the second half but never got any closer.

Connor Shemwell had a big night for the Raiders – piling up 20 points, including three 3-pointers. Dayne Crosslin pitched in 10.

The Raiders fall to 6-4 with the loss and suffer a season sweep at the hands of Walker Valley.

THIS GAME WAS BROADCAST LIVE ON THUNDER RADIO. CLICK HERE FOR THE AUDIO REPLAY.