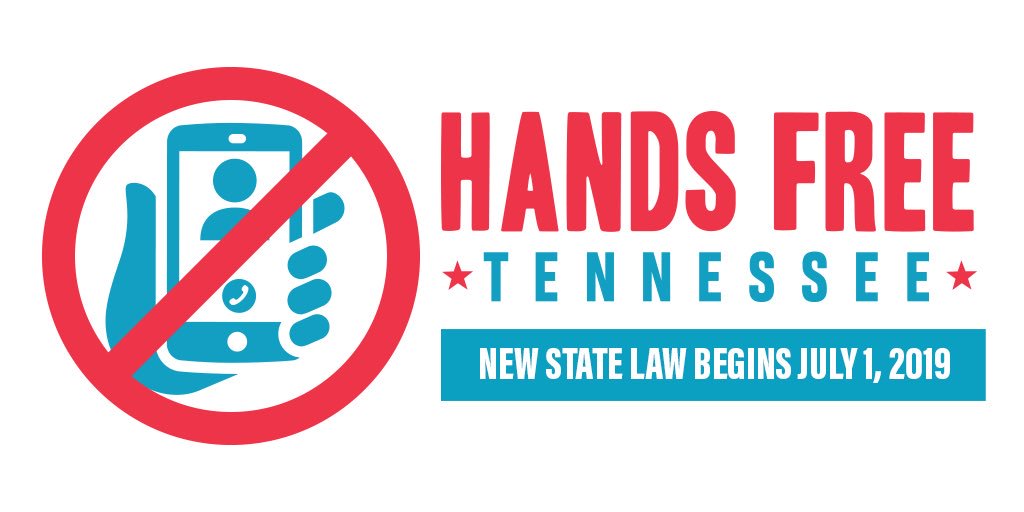 If you are on your cell phone while driving today, you’d better be using a hands free device. Otherwise, you could face a fine. Beginning today, drivers across the state of Tennessee are prohibited from holding or physically supporting a phone while driving. Hands free devices such as earpieces, headphone devices or devices worn on a wrist to conduct a voice-based communication are allowed, as

well as dashboard mounts. Tennessee is the 19th state to pass such a bill. A first violation will result in a $50 fine. The third violation, or a violation resulting in a crash, will be a $100 fine and the fine increases to $200 in work and school zones when they are active. There are some notable exclusions for law enforcement officers, first responders and utility workers using their phones for work-related matters, and anyone making an emergency call. The state senate passed the ban in a 23-7 vote in April.

Many other laws take effect July 1. Here are a few:

This new law prohibits a person from loitering or “conducting any commercial activity” in or close to the median of a state highway (In Manchester, McMinnville Highway and Woodbury Highway are considered state highways). The act will lead to Class C misdemeanor that requires a warning citation for a first offense.

A marriage license cannot be issued for an applicant who is under the age of 17 and defines “parent” for the purposes of parental consent to marriage of a minor. The law also deletes the “obsolete requirement” that a minor’s marriage license application be mailed to the parent of the minor and held for three days before the license is issued. The legislation follows a law signed by former Governor Bill Haslam that outlawed anyone under 17 from marrying in Tennessee.

Possession, owning, selling, transferring or manufacturing cock fighting paraphernalia with intent that the items will be used in promoting, facilitating, training for or furthering cock fighting is a Class A misdemeanor

This prohibits dropping items or substances from an unmanned aircraft into an open-air event venue in which 100 or more people are gathered.

This law stops a county or city from requiring a license, fee, permit or any other regulation for a business that is solely operated by a person under 18, is located on private property with the owner’s consent and grosses $3,000 or less per year.

This law expedites the death penalty appeals process by sending death penalty cases to the Tennessee Supreme Court and removing a Court of Criminal Appeals step.

The law extends the statute of limitations on child sexual abuse cases, giving victims more time to pursue legal action. It also tightens the penalties for persons who intentionally fail to report cases.