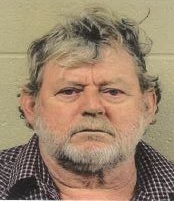 An investigation by Special Agents with the Tennessee Bureau of Investigation and deputies with the Grundy County Sheriff’s Department has resulted in the indictment and arrest of a Coalmont man, on a charge of second degree murder.

At the request of 12th District Attorney General J. Michael Taylor, on February 10th, TBI Agents, along with Grundy County deputies, began investigating a homicide that occurred on Lockhart Town Road in Coalmont. Bradford Orion Meeks (DOB 07/21/1980) had been shot during an altercation, and was pronounced deceased at a regional hospital. During the course of the investigation, Agents developed information that identified George Byers, an acquaintance of the victim, as the individual responsible for the death of Mr. Meeks.

On November 12th, the Grundy County Grand Jury returned an indictment charging George David Byers, Jr., (DOB 01/28/1955) with one count of Second Degree Murder. Byers was arrested Wednesday, and booked into the Grundy County Jail on a $75,000 bond.