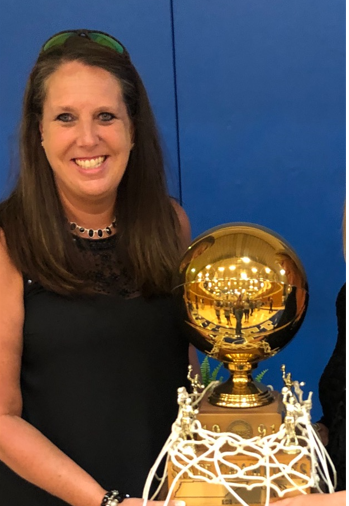 Westwood didn’t have to look long, or far, for its next head basketball coach.

Thunder Radio Sports has learned that Anita Gannon has been named the next head coach of the Westwood Rocket basketball program.

Gannon comes to the Westwood program with a 20-year coaching history that includes multiple levels of AAU, Shelbyville middle-school age boys and girls and elementary-level in Manchester. She has spent the past two years as an assistant on Joe Pat Cope’s Lady Raider staff at Coffee County Central. She will remain on staff as a CHS assistant while coaching at Westwood.

“Right now, there are a few games on the schedule that could interfere with the high school schedule and of course Westwood takes priority, even though my daughters play at CHS,” explained Gannon.

After a decorated high school career at Shelbyville Central from 1988-91, Gannon played collegiate basketball at UT Chattanooga rom 91-95. While in High School, Gannon’s Shelbyville teams won state championships in 1989, 1990 and 1991.

“I’m excited to be a part of the Westwood family and to help with our school and our athletic department.”