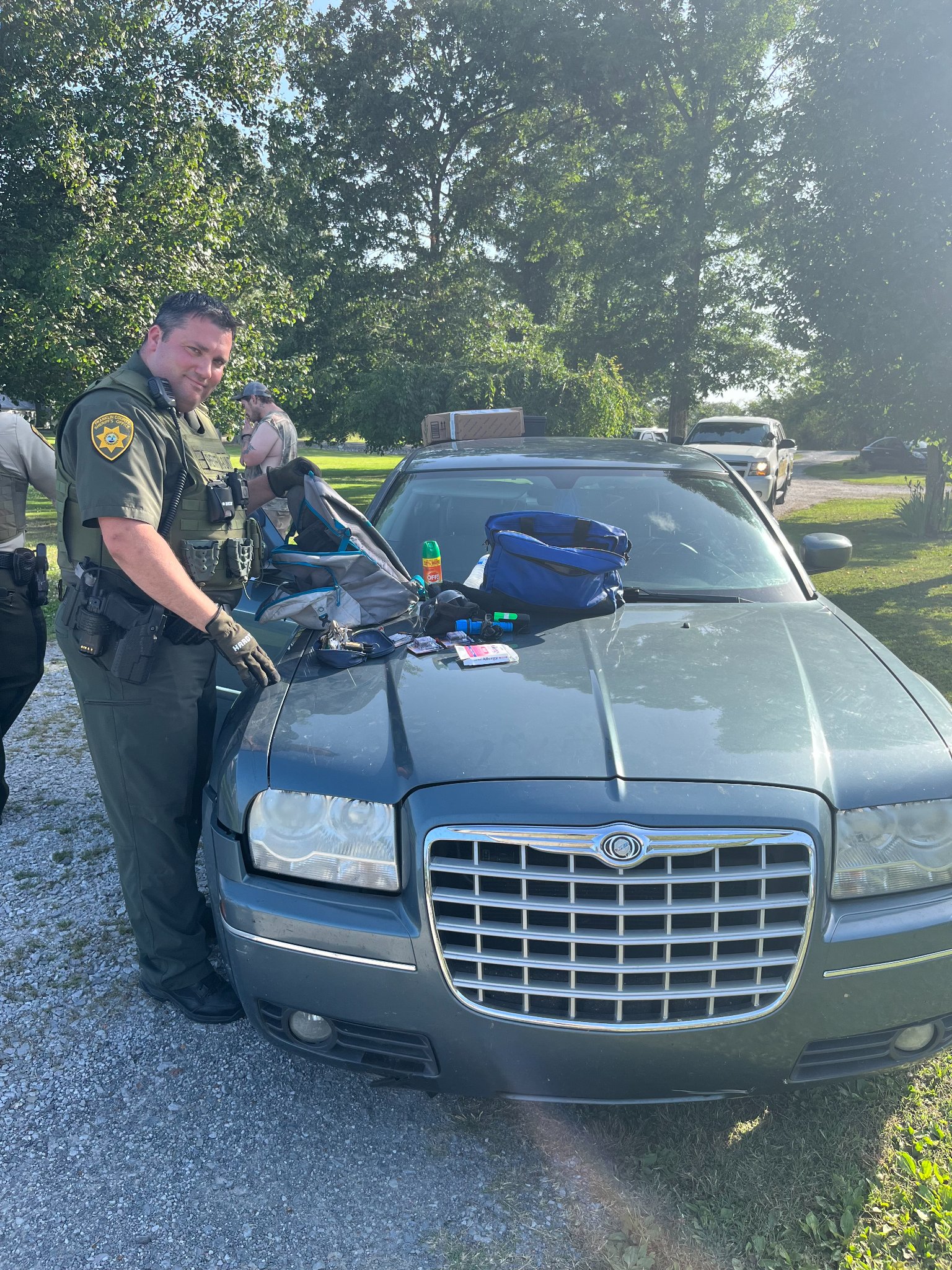 Franklin County Sheriff’s Department authorities have arrested two subjects who were in possession of items related to various thefts across three counties.

Franklin County authorities responded to a complaint of a possible theft in progress in the Awalt Rd. area on Tuesday, June 14.

Upon arrival in the area, deputies made contact with the vehicle described in the compliant and initiated a traffic stop. During the course of the stop, authorities discovered items in the vehicle related to various theft reports spanning across three counties.

Deputies and investigators then processed the scene and collected the located evidence. The driver and passenger of the vehicle were placed in custody and transported to the Franklin County Jail.

Nolan Davis (551 Limestone Road, Elora, TN.) was charged with Theft of Property, Possession of Methamphetamine and Fentanyl and Simple Possession of a Schedule VI.

Brittany Holder (551 Limestone Road, Elora, TN.) was charged with Theft of Property, Possession of Fentanyl and Driving on Revoked.

Both defendants are currently being held on a $75,000.00 bond and have a court date set for August 8th in Franklin County General Sessions Court.