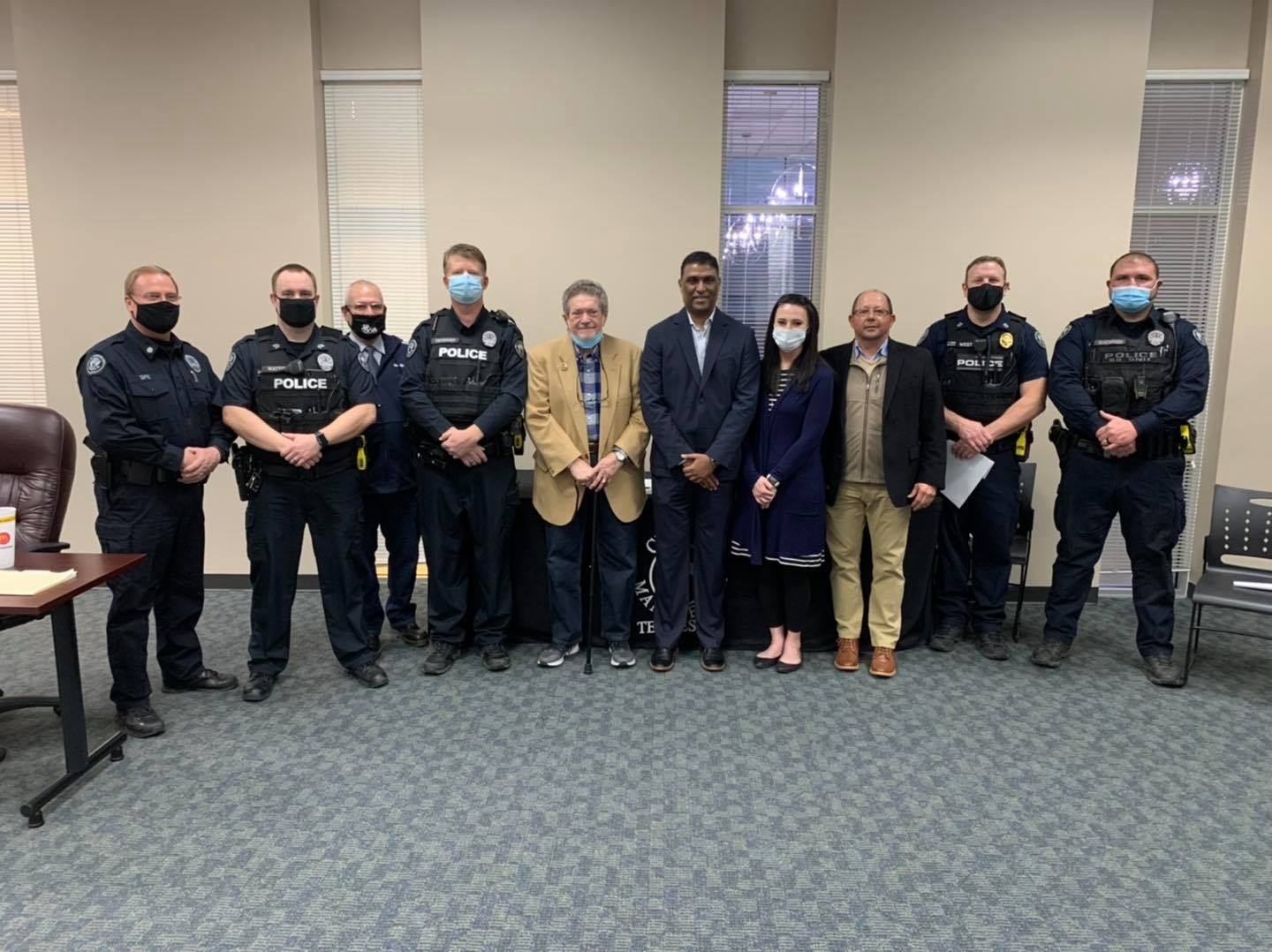 Local businessman Jay Kalvala and Manchester resident Gene Holmes have teamed up to work on a project to show support for law enforcement officers at Manchester Police Department.

Mr. Kalvala and Mr. Holmes stated they intended to continue this project until every officer is recognized. All of the staff at MPD is humbled and thankful for the show of support from these gentlemen and the businesses supporting their effort.