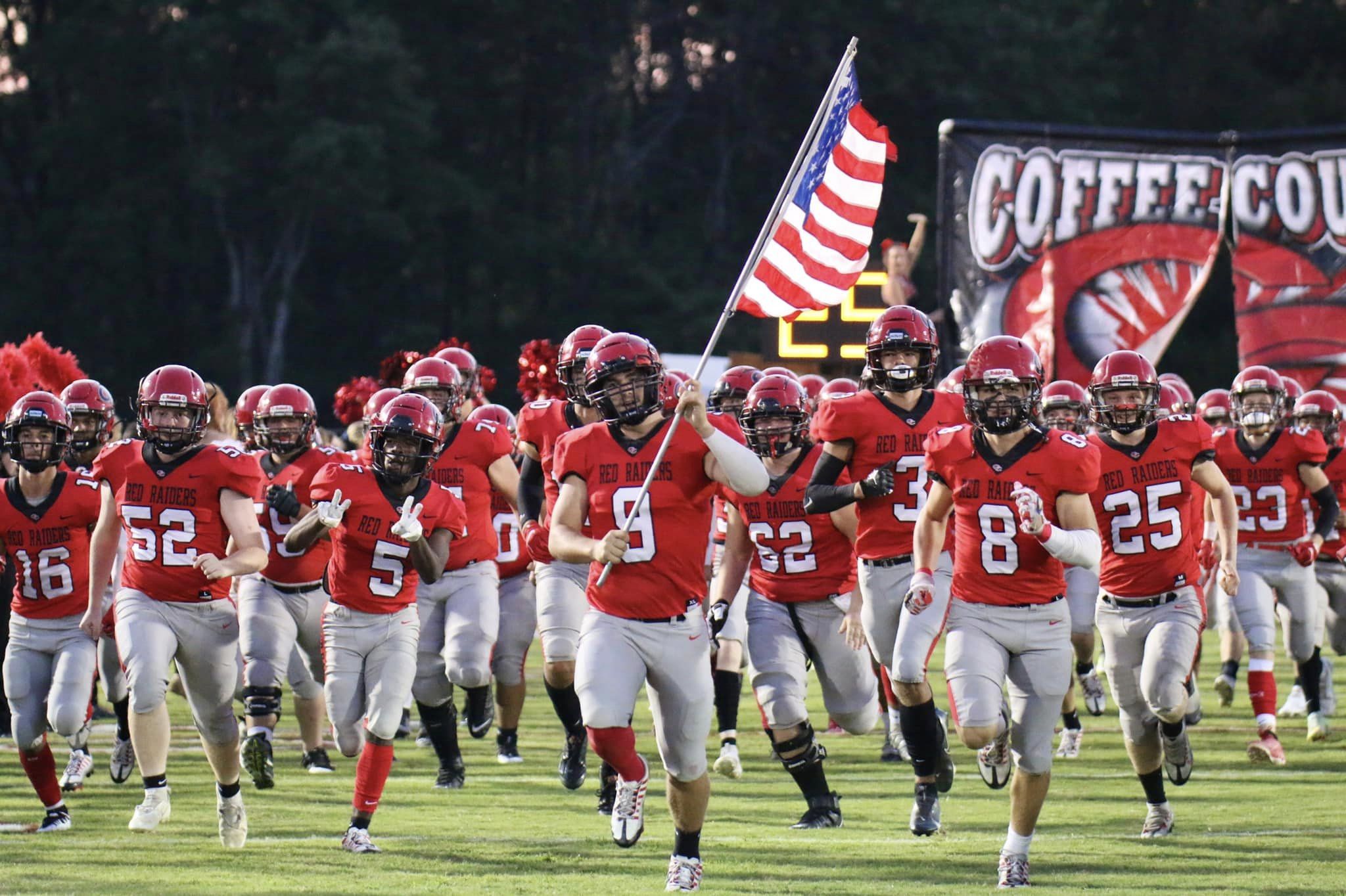 The Red Raider football team takes the field prior to a home game against Spring Hill Sept. 23, 2022. The Raiders will take on Cookeville Friday night, Oct. 14, for a region championship. -- Photo by Holly Peterson, Thunder Radio

A region championship is on the line for the Red Raider football team Friday night.

Coming off an open week to rest up, the Coffee County Central Red Raiders take their perfect 3-0 region record to Cookeville Friday with an opportunity to claim the Region 3-6A crown with a win over the Cavaliers.

A win means not only a region championship, but it also means a home game in the first round of the TSSAA State Football playoffs for the first time since 2007. It would also mean 6 total wins for the Raiders, the most since Coffee County won 6 in 2007. A loss to the Cavaliers would knock the Raiders down to 3-1 in the region and could drop them as far as third in a three-way tie with Cookeville and Lebanon. They are already guaranteed a playoff spot regardless.

After Friday, the Raiders have two non-region games remaining – October 21 at Rockvale and Oct. 28 at home against Rhea County (senior night).

HOW YOU CAN LISTEN

Thunder Radio WMSR has wire to wire coverage of every Red Raider football game. The Friday Night Thunder pregame show begins at 6 p.m., kickoff at 7 p.m. and the postgame show will rumble on until about 10:30 p.m.

All coverage can be heard on the radio at 107.9 FM and 1320 AM, and digitally on the Manchester Go Smartphone app or at thunder1320.com or click here.