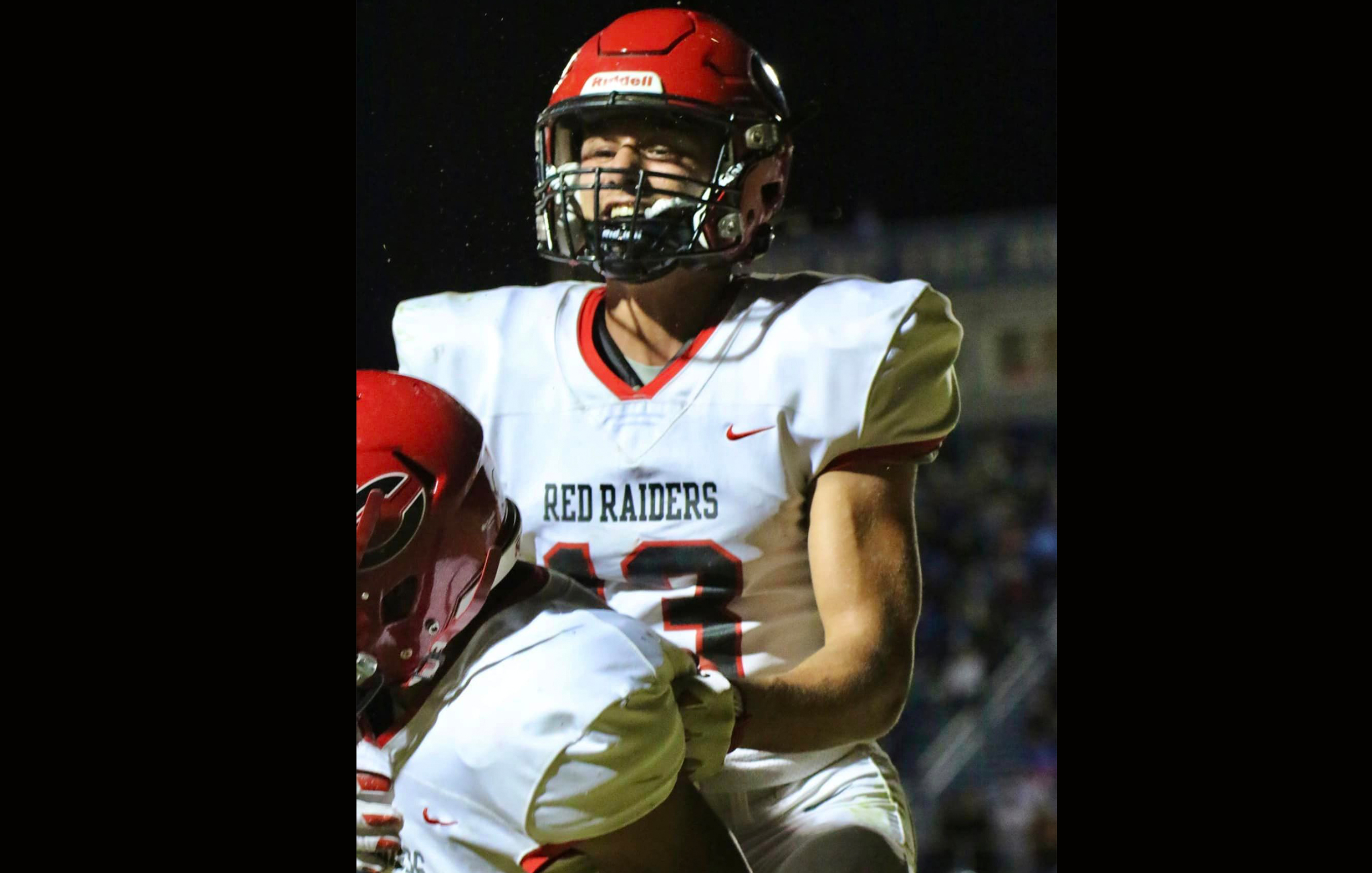 They are out for more history, and they found some Friday night.

Coffee County got a special teams touchdown from Nate Luttrell in the first quarter and 5 different Raiders scored touchdowns in a 35-14 win over the Rockvale Rockets in Rutherford County.

It marked the Raiders’ 7th win on the season – a feat not accomplished since the 2003 Raiders went 7-3 in the regular season.

Luttrell blocked Rockvale’s first punt attempt of the game and then scooped up the ball and rumbled 30 yards to the end zone to put the Raiders up 7-0 in a first half that saw the offense struggle. The Raiders never trailed from that point, despite Rockvale tying the game at 7-7 for a brief moment.

The Raiders led 14-7 at the half and pulled away in the final two quarters.

Coffee County got production from all over. After struggling early, sophomore quarterback Cole Pippenger settled in nicely and was 9-of-16 through the air for 113 yards and a pair of scores. He connected with Ian Welden late in the third quarter on a pump and go from 24-yards out. He also hit Travis Martin on a slant and the senior wide receiver fought into the end zone for his fourth touchdown of the season.

Pippenger also ran for a touchdown from 4 yards out and finished with 111 yards on 12 carries, highlighted by a 71-yard rumble in the first half.

Konor Heaton also scored on a big third down run. The senior tailback finished with 124 yards on 26 totes – putting him over 1,100 all purpose yards on the season.

The Raiders are 7-2 and will host Rhea County at 7 p.m. Friday, Oct. 28 for senior night. It is the last regular season game of the year.

LISTEN TO THE REPLAY OF COFFEE COUNTY VERSUS ROCKVALE.