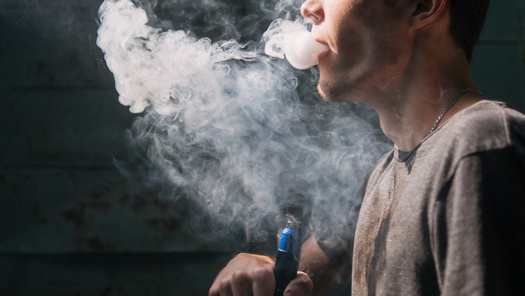 The Tennessee Department of Health has reported one death in a patient with serious respiratory disease associated with use of electronic cigarettes or other vaping devices. This is the first such death reported in Tennessee.

Gov. Bill Lee has yet to respond to medical professionals calling for a statewide emergency ban on flavored vaping products, popular among young people.

Dr. Elise Denneny, president of the Tennessee Medical Association, says her colleagues have sent a letter urging the governor to join at least five other states that have already restricted or banned the sale or marketing of flavored vaping products.

“The younger consumers, including adolescents, seem to be drawn to the flavored products,” she points out. “The medical community is advocating for just a temporary ban, just so we have time to try to figure out some of the data.”

So far, there are reports of 49 cases of serious lung injury among Tennesseans who have used electronic cigarettes or other vaping devices, according to the state Department of Health.

But Lee cites a “lack of data” as his reason for not approving a ban.

Denneny points out public health officials remain in the dark about what’s causing the lung injury, but notes it isn’t linked to any specific brand or flavor.

This week the Centers for Disease Control and Prevention named the mysterious illness EVALI, which stands for E-cigarette Vaping Product use Associated Lung Injury.

“So now, we have a name, and hopefully not far behind that there will be an ICD code, so that we can track the data – because right now, there’s not even a code,” she states. “That makes it very difficult to track the data.”


Advertisement. Scroll to continue reading.
In this article: