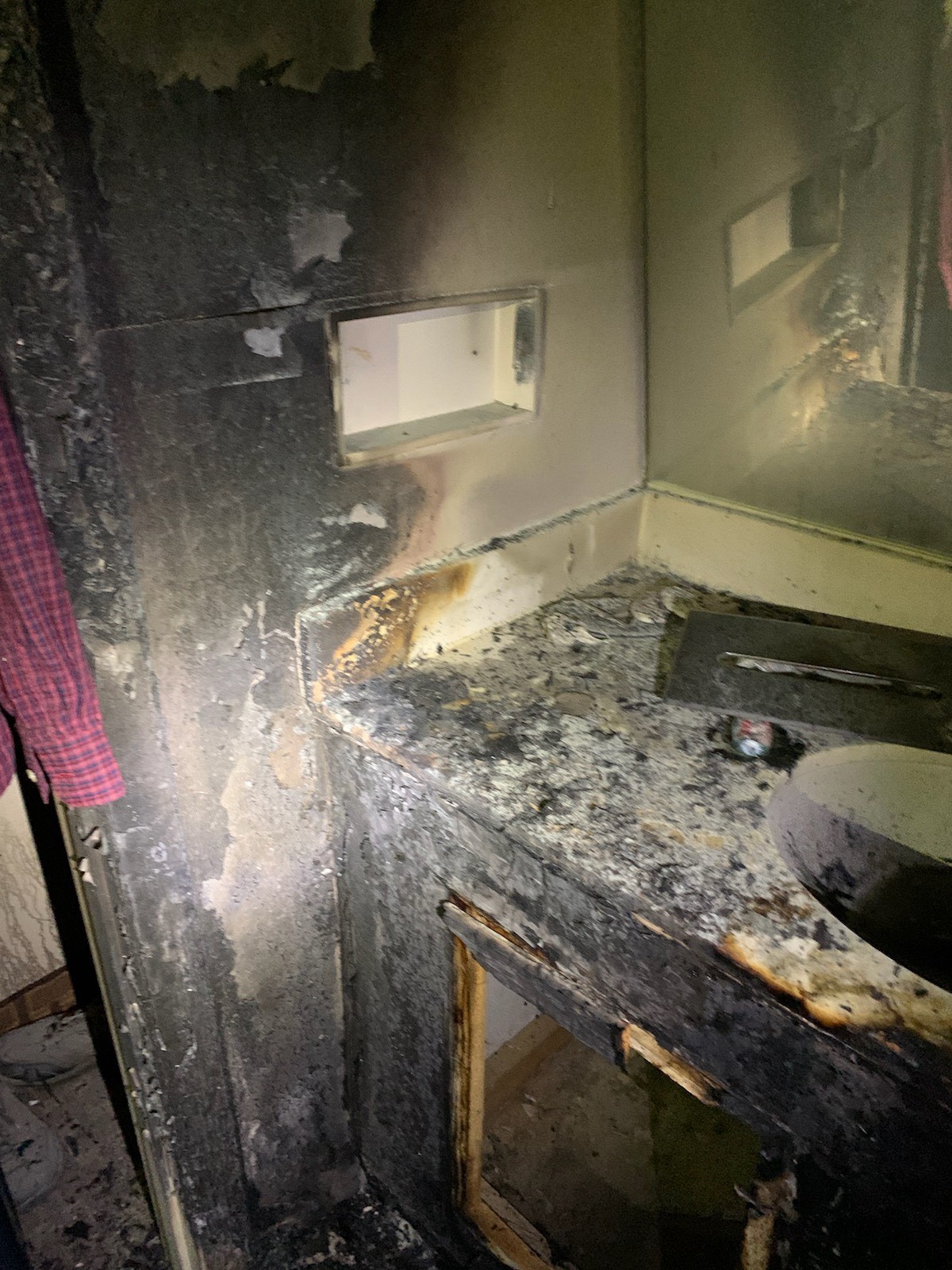 Manchester Fire and Rescue Department responded to a fire Thursday night at the Econo Lodge. No injuries were reported but one hotel room sustained significant damage.

The Econo Lodge is located at 33 Paradise Street (near Cracker Barrell).

No injuries were reported and the tenant of the room was not in the room when the fire started, according to Manchester Fire Department Chief George Chambers.

MFD crews  thoroughly searched other rooms on both floors and the chase area between rooms and found no fire extension.

The room tenant was able to collect belongings and was relocated to another room.

The fire is under investigation. Assisting on the scene were Coffee County EMS and Manchester Police Department